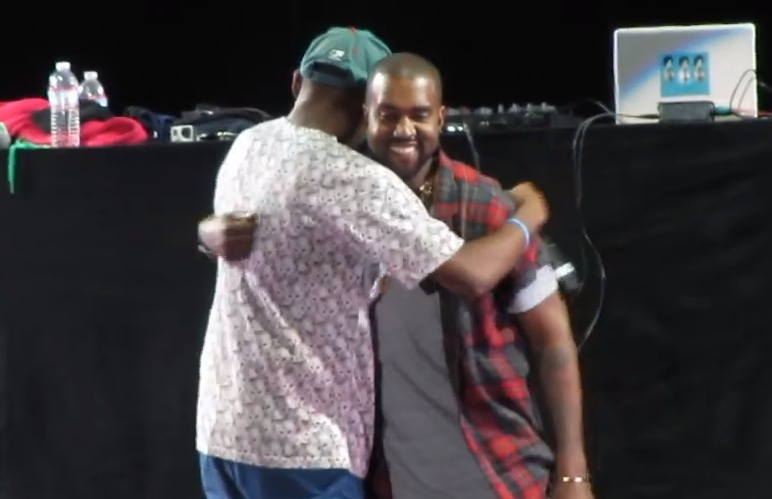 Yeezy gets involved in OFWGKTA festivities.

Kanye West made a surprise appearance at the Odd Future Carnival in LA this weekend, coming on stage to perform ‘New Slaves’ from Yeezus and ‘Late’, the hidden track on Late Registration, for which he was joined by Tyler, the Creator. After forgetting a bunch of the lyrics to his older track, he laughed: “I haven’t performed this song in six years.”

Tyler was pretty hyped, understandably, demanding a hug from his idol and saying: “I am so. Fucking. Happy.”

Kanye’s spectacular touring show (complete with huge mountain and a Jesus impersonator) is now back on the road after a bunch of postponements. We’d also urge you to check out a surprisingly great Kanye/Mogwai mash-up that surfaced this week. [via CoS]

Watch fan footage of both songs below.