“We must have ‘finished’ the album 10 times”: nocturnal pop duo Elephant introduce their belated debut for Memphis Industries 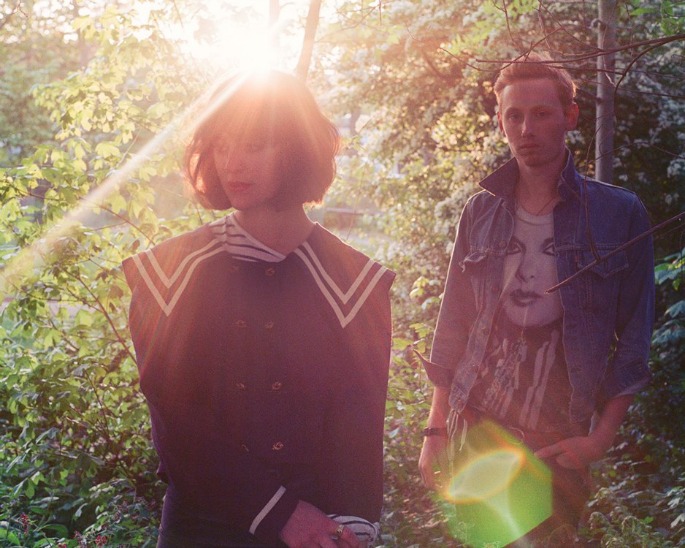 London duo Elephant were poised for success at the end of 2011. Then their relationship fell apart. Two years on, they’re back with a new single on Memphis Industries and a debut album due in the new year. FACT’s Robert Barry found out how Drake and a distaste for synthesisers helped them get over their “fucking grim” fall-out.

“We met at a party in South London,” he said. “I thought she was a total babe so I told her I could record music and that if she had some tracks I would help produce them for her.”

“Christian told me had a recording studio,” she said. “So I was eager to record my songs. When I turned up to his student flat, his studio was actually a laptop. Sweet little lies.”

“I basically had to teach myself Logic in a few days,” he confessed. “Amelia turned up with some £10 Casio she bought from a charity shop in France and the whole demo EP was made on that. It was five years ago now. And my memory of those days is pretty hazy anyway…”

They would work through the night, “locked up in our room on a shitload of drugs,” he said, “writing a bunch of tracks in a night and then listening back as the sun was coming up and we were coming down.” At the end of one of those long nights they decided to call themselves Elephant for reasons that seem obscure now. “It must have been nine in the morning and we were pretty out of it,” he explained. Within a few hours they had sent their tape to Memphis Industries. Fingers crossed.

That was in 2010. They met in the spring. By autumn they had sent off their demo tape. The first record was out by the end of the year. There is something of the fairground about ‘Ants’, this first 7” single, or of Herk Harvey’s strange early ’60s horror film Carnival of Souls. Oom-pah keyboard rhythms contend with a carillon-like tremolo guitar. A tambourine sits on the kick drum, as in a one-man-band. “I just can’t remember before,” she sings in an oneiric haze, “Take me away to the shore / Show me how it was before.”

For a year, two years, everything was fine. They were very productive, writing 30 songs in four nights sometimes. There was another single, then a four track EP, Assembly. They were ‘New Band of the Day’ in The Guardian, profiled in Dazed, invited to Primavera. “Then we fell out and got jobs.” For a while it looked like it was all over.

Christian Pinchbeck grew up in Stroud, in the Cotswold Hills. His parents, he tells me, “have terrible tastes in music. My mum just bought a My Chemical Romance record and my Dad’s favourite album is Battle Born [by The Killers].” But his grandparents had a piano. They lived a 20-minute car journey away and he would spend the night sometimes. His older sister used to play duets with his grandmother. She was the more technically accomplished sibling. But Christian would find odd moments to practice on his own when they’d gone into town. “Or I’d play really quietly. I never had lessons,” he insists. “I just adored finding that perfect chord sequence.”

He started playing guitar when he was a teenager but finally got into “a phase of hating the thing” which he is only now recovering from: “Rekindling my lost love.” He never formed a band, never really thought to record the chord changes that still enchanted him, until he moved to Camberwell to study design at Chelsea College of Art. Then one day, at a house party thrown by a friend, he met Amelia. 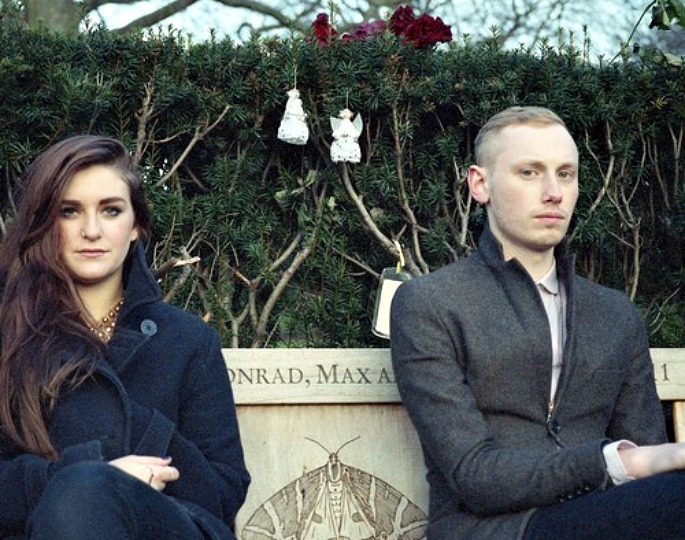 Amelia Rivas is from Pontefract, a West Yorkshire market town whose principal distinction, she once said, was that it had the first ever Haribo factory (which is not, in fact, true – the confectioner, whose name abbreviates Hans Riegel, Bonn, was founded in Kessenich, a suburb of the former West German capital). “There was always music in the house,” she tells me, “The music I remember growing up to is still to date the best music I have ever heard: George Benson, Steely Dan, and wicked ’80s music from my mum’s side.” But it’s her dad whom she calls her “music muse”, though when I ask her to tell me more about him, she doesn’t answer.

It’s now two years since their Assembly EP was released. But finally, after a 7” single tentatively released earlier this year in France only (for Record Store Day, limited to 75 copies), they have started sharing new tracks via their Soundcloud, and a debut album is due in January. “We never really stopped working together,” Christian says. “We just wrote a whole bunch of shit songs over a year or so, and nothing got released. It was fucking grim after we fell out.”

‘Skyscraper’, the A-side of their ‘Disquaire Day’ 7”, is all palm-muted arpeggios and sunken choirs, like the sound of ’50s pop music in the dreams of people who first heard Bobby Vinton sing in a David Lynch film. Christian calls it “a tribute to Dean Martin.”

Amelia recalls the day they recorded it. “I was really panicking as I hadn’t written anything. Then I listened to some Drake and something clicked. When I got off the tube I was ready.”

Things have changed though. And it’s not just that Christian has developed a “distaste for synthesisers” that has led him to re-record all the old synth parts with live instruments. “The dynamic has done a complete carousel,” Amelia admits, “now it’s getting together when we can. Being prepared and creating something in a scheduled time.” Christian says he now works on the music “solely on my own” before Amelia’s notebook provides the lyrics.

Amelia works for a construction recruitment company now. “It’s like playing Theme Hospital,” she tells me, “except instead of hiring the right GP, I try to find the right brickie.” Christian works for a film distribution company, mostly designing posters, which he loves because it means he gets to spend most of his day watching films. “I am obsessed,” he tells me, “with imagery and film scores.” The fruits of this obsession have become most evident in the rich grandeur of the few glimpses we have been afforded into the new Elephant record.

None more so than their new single ‘Shapeshifter’, a slow dance between Broadcast, Barry Adamson, and Henry Mancini, complete with soaring strings, grand pianos, and enough reverb to fill a haunted ballroom. “I had this image of a riviera in the 1930s complete with punting and straw hats,” Christian explains. “‘Shapeshifter’ was my attempt to create the soundtrack to that.”

“I think we must have ‘finished’ the album 10 times over the past three years,” he adds. “It’s an accumulation of songs from our whole lifespan.”

“It really tells a story,” Amelia agrees. “The album contains so many memories and emotions.”