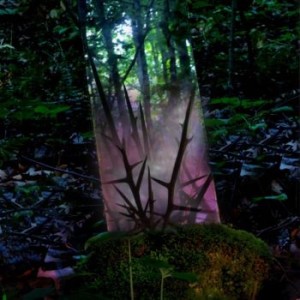 Stealth of Days, Jensen Sportag’s second album, was apparently inspired by “the folk music tradition of sampling from musical memory”. As PR spiels go this might seem a little laboured, but it neatly captures something that the Nashville duo’s music has been gesturing towards for some time. It’s as if they once obsessed over the cultural products of a past era (the 80s, naturally) and are now, years later, trying to reconstruct their loves, getting the outline more-or-less right and gleefully filling in the hazy areas with bright, strange detail.

On 2011 EP Pure Wet, the duo’s first release for NY/London label Cascine, the memories in question were mostly of the yacht rock variety – the Doobie Brothers, Hall & Oates – with a splash of Balearica thrown in for good measure. The results were hyperactive but pretty, like a more excitable Toro Y Moi, or a less arch Games. For their second LP, the duo have toned things down a bit. Only on occasion – lead single ‘Bellz’, say, or ‘Under The Rose’, with its uncannily deft slapbass – are we treated to the effervescence-bordering-on-absurdity that defined their earlier work. Otherwise, this time around they might have been listening to unreconstructed slush merchants like Alexander O’Neal and Freddie Jackson.

As such, Stealth of Days’ finest moments are vintage-leaning slow jams of a sort. Although, perhaps inspired by the pretty abstractions of Fennesz (a hero of theirs), the duo break down their material to its granular components, reconstructing it according to vividnew geometries. ‘Rain Code’ is probably the best of these, though ‘Light Through Lace’’s bell-like synths and chorus-treated guitars, lifted straight from the luxe 80s manual, are also a delight.

Elsewhere – ‘Falling Doves’, ‘Hidden, Hunted’, ‘Blue Shade’ – there are comparisons to be made with the current Alt-RnB crop. But unlike the likes of How To Dress Well, there’s a gleeful fiddliness to these tracks (not to mention a taste for dazzling hi-def sheen) that calls to mind Scritti Politti. The duo’s vocals, too, coo and shimmer in a manner not so distant from Scritti’s Green Gartside, seeming to revel in the shapes and surfaces of pop without getting too hung up on actual content.

Herein lies the album’s strength – these songs are, on occasion, exceptionally gorgeous – but also its weakness. When concrete sentiment does surface, it feels a little flimsy – as in the closing lines of ‘Six Senses’, whose angel/ghost conceit is a tad obvious. Otherwise, Jensen Sportag seem content with syrup-sweet gestures that evade meaning. Stealth Of Days is sonic candyfloss, delectable on the taste buds but fleeting too. Added to which, as with candyfloss, you might find yourself tiring of the flavour before long.