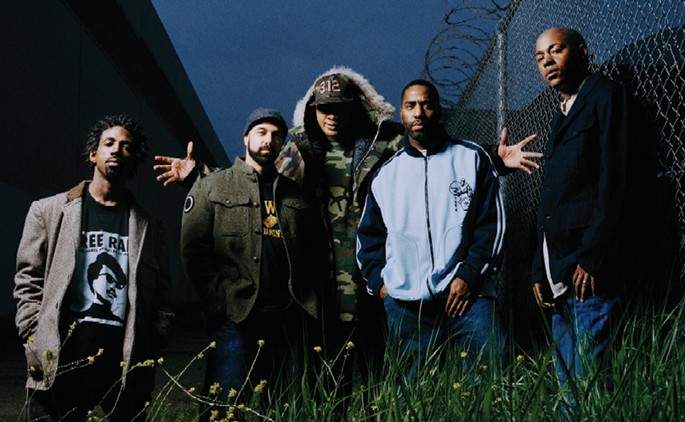 The good-time Cali rappers will stomp around Blighty once again next Summer.

Seven years after Cut Chemist jumped ship, Jurassic 5 reunited this year for a string of festival dates and shows across Europe and the US. The group’s original line-up – Cut Chemist, DJ Nu-Mark, Chali 2na, Zaakir, Akil and Mark 7even – are all on board for the tour, which follows up their short 2013 UK jaunt. The dates include stops in Manchester, Nottingham, Bristol and London; expect a smattering of Jurassic 5, Quality Control and Power In Numbers jams.