Uncomfortable truths: why it’s time to redefine the “guilty pleasure” 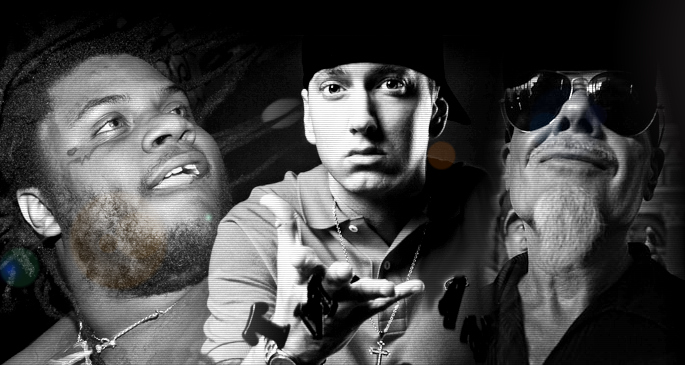 In 2004, Radio London DJ Sean Rowley launched a clubnight-turned-phenomenon based on a simple idea: everything you thought was wrong is right.

Steely Dan? Toto? Lionel Richie? You love it really, said Guilty Pleasures, just admit it and dance. The concept was an instant hit. These days it even has its own week on X-Factor, where the upstart karaoke addicts get to maul school disco fodder like Carly Rae Jepsen and the Grease soundtrack (though neither of these chime with the taste of Rowley, whose Guilty Pleasures compilations star the terminally naff likes of Manfred Mann and Hall & Oates).

Point being, ‘guilty’ is no longer a word we much associate with pop. You’d be hard pushed to find a music critic who feels guilty about their love for Lorde’s world-beating ‘Royals’, say, or some vintage Electric Light Orchestra. Everything is up for grabs, and music previously written off as cheesy or trivial (often the kind that attracted a typical fan outside of the young, straight, white male orthodoxy, like teenybopper hits or glitzy disco) now stands a chance of a fair (and irony-free) hearing. If the idea of a ‘guilty’ pleasure ever did make sense, it doesn’t anymore.

All to be applauded. But what if we were looking in the wrong places to identify music’s shameful spots? What if some records really can – or should – make us feel deeply uncomfortable? I’ve been ruminating on this lately in response to a handful of seemingly unrelated musical events, the first being the ill-advised return of Eminem, a rapper who seems hell-bent on pissing all over his legacy with ever weirder and and more unloveable comeback albums.

‘Rap God’ is hardly the first Em track to come loaded with homophobic slurs, but hearing a verse riddled with ‘faggot’ references and lines like, “Little gay lookin’ boy, so gay I can barely say it with a straight face lookin’ boy” seems painfully out of sync in 2013, when mainstream rappers at least attempt to disguise their bigotry (with varying levels of success; hello, A$AP Rocky). Fortunately, ‘Rap God’ sounds like trash, so I don’t need to worry about the ‘pleasure’ element of the dyad in question. But if it had been a belter, would I have been able to ignore the sentiment of those lines and enjoy it anyway?

Another example. A new compilation of glam rock has chosen to leave one of the genre’s linchpins off its otherwise exhaustive tracklisting. But as Johnny Sharp argued in a recent article on the Quietus, the regrettable existence of Paul Gadd cannot erase Gary Glitter’s contribution to music. “It suggests that we should judge music’s validity according to some sort of ‘fit and proper person’ test on the individuals who made it,” reckons Sharp. “And it seems to validate the notion that we should actively avoid listening to the music of anyone whose off-stage behaviour we disapprove of.” No one wants to celebrate him, but you can’t rewrite history. Glitter was glam. And after all, without ‘Rock And Roll Part 2’, we wouldn’t have had ‘Black Skinhead’. (Although I could live with that.)

The compilers of the glam record dealt with their guilty pleasure by cutting Glitter out of their history, but their move sets a precedent that’s both dangerous and unworkable. Who would be next? Ike Turner was a violent tyrant by all accounts, but no history of early rock and roll would be complete without ‘Rocket 88’. The list goes on. In fact – and this may come as shock to you – a vast number of musicians, proportionally far more than the wider population, are irredeemable arses. Who’s going to police their wrongdoings and decide what’s an acceptable level of arsery (Mark E. Smith’s inefficient HR policy, perhaps) and what’s beyond the pale (Burzum’s arsonist and murderer Varg Vikernes would be a strong candidate, as would fascist punk band Skrewdriver)?

But the toughest test of my guilty pleasure barometer came this week, as I attempted to condense a whole year of listening into 10 favourite tracks for the usual end-of-year jamboree. Figuring high on the longlist (for now, at least) is ‘Niggaz Dying’, a stone cold street anthem from D.C. rapper Fat Trel. Aside from having some of the most alluring production I’ve heard on any hip hop track this year, it’s a masterclass in lyrical simplicity, with Trel’s deceptively loose flow allowing him to spin a line like “I pop me a chopper then you see a doctor” into something much deeper and more affecting than it seems on paper.

The rest of the lyric sheet (including the hook, “Another body drop / Another homicide / Bitches snitching / Niggas dying”) lives up to the time-worn idea of rap being “the black CNN”, with this as some particularly gnarly street reportage. But as a listener way over here in London, about as far removed from the realities of D.C. gang life as it’s possible to get, is it enough for me to give the track a gold star and move on to the next one? Trel is lamenting the dead bodies piling up, but he does so from the perspective of the shooter, not the victim. When we give a track like this the thumbs-up, and especially when we praise its sonic innovation while brushing over the lyrics, we’re ignoring the uncomfortable truth that gives ‘Niggaz Dying’ its power in the first place. We risk implicitly accepting the status quo and shrugging off other people’s fear and despair – which, after all, stems not from fate or bad luck but from grinding poverty and systemic inequality – as a necessary part of their artistic palette; as an experience to draw on in order to make exciting art.

While Rick Ross gets a slapped wrist for rapping about slipping molly in a drink, no one is haranguing him to apologise for lyrics about shooting up his enemies (though maybe that’s because we know what side of the law he’s really on). How have we got to the point where we’re up in arms over a spiked drink but completely inured to death, guns, violence and more death?  Chicago’s current epidemic of gun killings has provided much material for its youngest generation of rappers, but instead of engaging with what they’re actually saying, outsiders like me are forced to defend our liking for drill by emphasising how it sounds, applauding the relentlessly dark production and framing their ‘lazy’ rap style as something weird and charming, accepting that the words don’t, and can’t, mean anything to us.

What I’m not suggesting is that we stop listening. If anything, it’s the opposite – we need to start listening more closely. If the proximity to violence is part of what makes Trel’s music so engaging, then he needs to remain on the margins, outside of and unprotected by the law, to continue to hold my attention. ‘Niggaz Dying’ remains one of my favourite songs of the year, but when I accept that I’m squeezing vicarious pleasure from the homicides, drug deals and everyday horrors happening thousands of miles from my own safe and cosy backyard, then yes, I should probably start feeling uncomfortable. A guilty pleasure isn’t an end in itself. It’s a question, a problem, and a call to action.