Too much, too soon: should young artists be sharing less music? 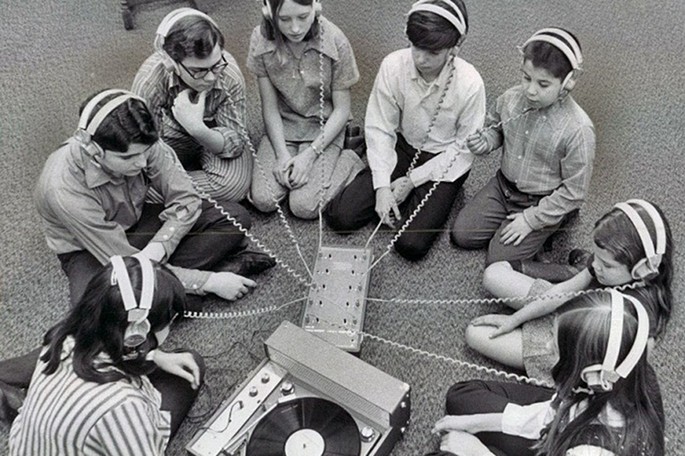 I’ve been writing about music for over ten years.

In that time, the amount of music I have access to, either as a fan or professional, has risen exponentially to the point where I simply cannot take it all in. On one hand, I’m happy we now live in a world where creativity is valued and encouraged like never before. On the other, simply because we all have the means to create and share with the rest of the world doesn’t mean we should. Creating is about more than just sharing, and messing with the delicate balance between the two has implications that run deeper than just being flooded with crap.

A quick browse of music sites today will reveal a never ending amount of freely available music for promotional purposes. From downloads to streams, it’s a game everyone plays, from the biggest names to the smallest indies. It’s a direct result of the changes brought upon the industry by the same technologies that have made it possible for everyone to be a creator, or in the case of this article, a musician. The music press has always had a symbiotic relationship with its muse, and those who remember the era of the cover mount CD will know that today’s free mp3 is merely its logical evolution. But there is a big difference between now and then: quality.

While quality is of course subjective, it often has roots in experience, which is more tangible. Experience comes with time – practice, after all, makes (almost) perfect. I’m not saying someone can’t make a good piece of music without experience, but the fact remains that experience leads to a better quality of creativity, and a better understanding of where that creativity stands in the grand scheme of things. It’s always been like that. Any artist worth their salt will tell you the same thing. Don’t take my word for it though – just the other day, El-P put it like this: “Producers: its ok not to share everything you make with everyone. Sometimes you just need to work on your craft a bit before displaying it.”

Unfortunately, today’s technology is making us forget that centuries-old lesson. The glow of the share button obscures the slow-burning value of taking your time. Why wait to share your creation when some sort of validation is in reach at the click of a few buttons? In FACT’s recent roundtable on live music, I argued that we needed to evolve the language we use, as writers, fans and critics, when talking about live music today. The playing field is simply no longer the same as it was before, yet we’re still using the same vocabulary to understand it. And I think the same applies to the music we promote and consume: a free track from the latest new producer who’s been making beats for two years is just not the same thing as one from an established artist whose experience has influenced its creation. Yet too often I see these two things treated similarly. This isn’t to say there is any additional intrinsic value to the latter, rather they are two different versions of the same creative fruit: one’s been grown on steroids to reach the shelves quickly, the other’s been given its time to mature.

The glow of the share button obscures the slow-burning value of taking your time.

I come across plenty of new artists who are clearly talented and who have the sort of chances, exposure-wise, that didn’t exist less than a decade ago. That’s great, and it should be celebrated to a degree because it’s the reality we live in. More importantly, though, it’s a reality that means young artists today are taking their learning steps in the public eye, whereas before the internet that process took place largely behind closed doors. As a result, not only are we swamped with more music, and art, than we could ever know what to do with, but those artists are reaching an ever increasing amount of ears before they’ve had the time to truly discover who they are as artists. Increasingly, I’m realising that while a lot of this new music is good, it’s also just bland. It’s not really saying anything. It doesn’t have character. It hasn’t really lived. I won’t be going back to it. And chances are neither will you.

Trying to articulate this idea for a while, I quickly realised that for every argument I can throw up that says ‘take your time’, there’s another that contradicts it. Many of today’s established artists who have this experience I’m talking about got their break when they were still young, still learning. There’s a fair share of classic releases from the past couple of decades that were, in fact, learning steps. The difference then lies in perception. Ten years ago we couldn’t easily understand new music in the context of its influences or its place within everything else that was happening at the same time. Today we can, and that’s where the sour tastes arises for me. I can’t separate the latest new track from the latest new artist from its, too often, obvious influences and attempt at being part of something. Most new music is simply no longer a real reflection of someone’s desire to create. It’s something people too often do because it’s cool.

A couple days ago, Montreal’s Ghislain Poirier posted a talk he gave at the city’s Creative Mornings this past month. It’s worth your time, and touches on many of the same ideas I’ve been trying to articulate here and elsewhere about creativity’s inherent value and the difficulties in accessing it today. The talk’s key message is that creativity isn’t just about ‘playing’ – it’s also hard, and often boring, work: “When we create, our action must be impervious to value judgement. We must create for the sole purpose of creating. Fundamentally we should love creating. Just the act of it,” he says. And on the subject of self-censorship, which is inherent to what I’m talking about here, he says: “It’s only after creating that we must take a step back and look at what we’ve done. We must re-focus, clarify the intent, put it in context. […] The words we use to describe what we do changes perceptions.”

The creative process itself hasn’t changed. It’s the same beast it always was. How an artist chooses to tame and master that beast today is where the real differences lie. You can opt for silence until you feel you’ve got some serious shit to say. Or you can join the fray with everyone else and grow under the scrutiny of the public eye. Ultimately the choice lies with each individual. The next time you decide to share something with the world, though, maybe ask yourself a few questions first. I know I do.