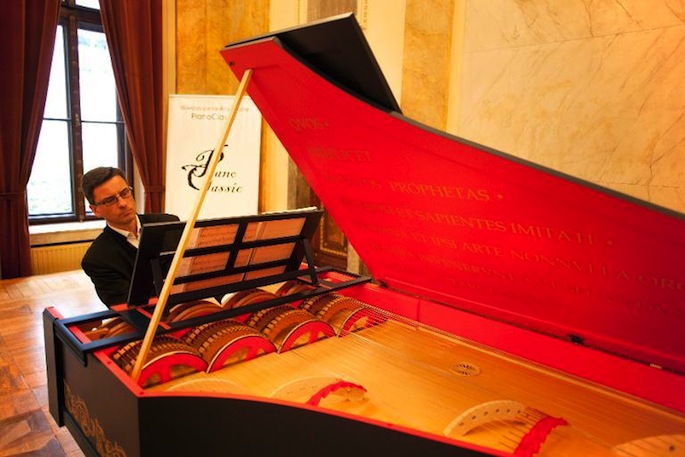 The ultimate Renaissance man invented an organ-harpsichord-viola hybrid, but it was never built or played until now.

Leonardo da Vinci left a design for the viola organista in his Codex Atlanticus manuscripts, but historians believe that the strange musical instrument was never constructed during his lifetime. 500 years after its invention, Polish concert pianist and instrument builder Slawomir Zubrzycki has built the instrument, which combines a piano’s keyboard with the mechanisms of string instruments.

The viola organista features a keyboard connected to a bed of steel strings, like a baby grand piano. Unlike a piano, however, it has no dulcimers, but spinning, horse-tail hair-wrapped wheels that act like violin bows and are activated by a foot pedal. The sound is comparable to that of an organ, cello or accordian.

Zubrzycki spent three years and 5,000 man-hours crafting the instrument, and says, “I have no idea what Leonardo da Vinci might think of the instrument I’ve made, but I’d hope he’d be pleased.” Watch video of the viola organista in action below. [via]