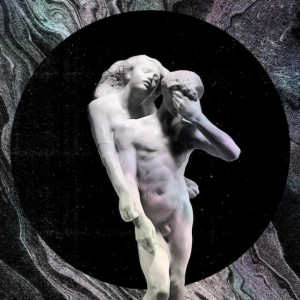 One criticism often levelled against Montreal’s Arcade Fire is that their music isn’t very, well, musical. Specifically, their detractors focus their criticism of the Canadians on what they claim are the band’s tritely mechanical rhythms and recycled perma-crescendo structuring. The favoured pejorative is often ‘stiff’, and you’d have to say they have a point.

If the band have always nailed post-punk’s existential despair and sense of impending doom, then the group’s square-beat, martial bluster has always been in idealogical conflict with post-punk’s exotic, ‘black’ elasticity – an ideology in which rhythm was rebellion, and rhythmic dynamism the perfect soundtrack for agitated times. But if the linear Neon Bible was the band’s nadir in that respect, its successor The Suburbs went a long way to dismantling the Neon Bible formula. As for Reflektor, you might say it’s a continuation of The Suburbs reform. In actual fact, the Canadians’ double album represents a whole other level of evolution for the band – the start of something totally new. Something decidedly more post-punk.

Most immediately apparent is that the wall-of-sound histrionics of past Arcade Fire albums are no more. What arrives in their place is emotional nuance, elegant compositional space, discriminating craftsmanship and, lastly, something the band have always been missing: the all-important ‘roll’ in rock’n’roll. Reflektor is the sound of an act who, almost uniformly across the album, and for the first time in their careers, are playing as a band. Instead of simply throwing 10 instruments into the mix in service to some hurtling expansion, here the Arcade Fire play as a ‘collective’ in a different sense: in an egalitarian capacity as opposed to a cumulative one. It’s all about action and reaction. They are feeling each other out on an almost note-by-note basis, while the various parts are now individualised in the mix as opposed to melted into one another. And together it enables the band to present a less monotone, less totalitarian depiction of their ever-apocalyptic world view.

Consider ‘Here Comes The Nighttime’. As the album’s most epic cut, you imagine that at one time the band would have played it as some surging locomotive of self-righteous passion. Yet here is a Arcade Fire track that begins with a cheery festivo intro, just for the hell of it, and which is then carried on a fluttery soca beat, before a cheeky sunny afternoon of a piano hook repetitively subverts its ominous bridge and chorus parts. Butler’s lyrics may be death-themed and portentous, but the music below is hopeful. And by virtue of this give-and-take between the bitter and the sweet the final product is all the more poignant; or, put another way – more true of life.

And just as the songs are structurally variegated, so too – and seemingly by extension – is the album. No doubt the influence of producer James Murphy and his ‘record-collection rock’ M.O. helps, as Reflektor incorporates everything from reggae on ‘Flashbulb’, Bowie-referencing plastic r’n’b on ‘Normal Person’, and glam on ‘Joan Of Arc’. Meanwhile, in true post-punk style the majority of the tracks are bass-led. Not in that dun-dun-dun way that ’80s Adam Clayton led a song, as was the style that the Arcade Fire of old favoured, but in the sense that often the bass part will form the track’s very raison d’etre – the organizing tonal object, or the artistic starting point. Particularly so on funk-backed songs like the title track and ‘We Exist’.

Some will claim that the album’s rhythm-centric stylings are the Arcade Fire finally consummating the Talking Heads influence that their music has always flirted with. And admittedly, Reflektor’s marriage of black music forms and world music tropes to tensile neurotic emotion does somewhat echo Byrne’s art-rock titans. But so too does the album’s central theme: the denigration of our petty first world religions – from consumerism to americanism and especially to the deific status of the rock star.

In what is the most ‘post-punk’ aspect to Reflektor, the album questions rock music’s bloated place in society as a sacred script for existential redemption, much in the same way that Talking Heads’ ‘African’ era satirised the idea of rock stars as missionaries spreading the Western gospel. You could argue that this was something that the Arcade Fire already attempted on the Christianity-themed Neon Bible, but that album, with its celestial grandiosity and lofty iconography, also reinforced that conception of rock – sonically triumphalist. Reflektor, however, while remaining stately in ambition, is an act of humility.

These are not songs made for headline slots at The Hollywood Bowl. The very James Murphy-esque ‘Porno’, with its lascivious backbeat and sinful synthline, is almost subterranean in its lightless squalor, as if ever since Neon Bible‘s ethereal heights the group have been journeying due south: from heaven to hell in just two albums. ‘It’s Never Over’, meanwhile, is searching and absent-minded, oscillating between engagement – during the bouts of slow funk and defiant crescendoes – and dreamy withdrawal, like someone sad losing their train of thought to bad memories, and who would fight the fight if only they didn’t tire so easily.

Only once does Reflektor crown above its default listlessness, with the comparatively propellent ‘Afterlife’, a slow-building, windswept jeremiah spurred on cantering drums and a pulse-like organ part. Melodious and direct, it is also Reflektor’s most accessible track, not to mention one more than a little redolent of The Suburbs. The difference is, similar tracks on The Suburbs were founded on languorous Americana, whereas ‘Afterlife”s edgy Euro feel and alive computerisation suppresses any hint of woozy romanticism. Alas, though, this timid spike in urgency is short-lived, swallowed whole by closer ‘Supersymmetry’ and its 11 genteel minutes of caressing synth-loops and mental nothingness, completing perfectly what is an utterly tangential statement.