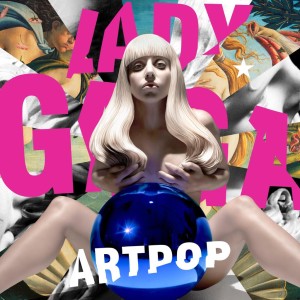 Man, it’s depressing seeing how badly so many people want Gaga to fail. Yes, I totally get that there are people who have genuine issues with her representation or appropriation of queer culture or whatever, and if you’ve got objections to her based on an assessment of her whole career and aesthetic then no problem – laugh away if she trips up. But more generally it feels like there’s a hovering air of vague resentment and people willing her to fail in a way that smacks of wanting someone who steps out of line to know their place, and that leaves a bad taste. Of course, in actual fact, she hasn’t failed in a commercial sense at all – as the great Chris Molanphy points out here  – but still that whiff of ill-will lingers.

The thing is, I want Gaga to be great. Because ‘Just Dance’ and ‘Bad Romance’ and ‘Alejandro’ and ‘Telephone’ were great. Because wearing telephones and lobsters and meat is great. Because conducting mainstream newspaper interviews off your head in a hardcore gay techno club is great. Because a girl wanting to be Freddie Mercury and Bowie is great. Because she could be SO great… so it’s kind of a shame she isn’t here. This is a dull album. It’s got the occasional good bit – the EDM farting of ‘Aura’ and ‘Swine’ is genuinely pretty trippy, as is hearing T.I. going “Gaga… Gaga… Gaga…” on the balloon-rubbing trap beats of ‘Jewels’n’Drugs’. The insidiously catchy R Kelly duet ‘Do What You Want’ is quite gloriously bleak, and the title track is so excellently Pet Shop Boysy I swear she’s actually doing a Tennant impersonation at points – but these are few and far between.

There are two real things wrong with it: one is the flood of godawful trance synths that blast through almost every chorus like the white light that floods your brain at the start of an ocular migraine. The very reason ‘ARTPOP’ the song is good is its sonic restraint, and it just throws into relief how head-drilling the rest of it is. These war-machine production values wouldn’t be a problem, though, if the songs were better. And sadly, most of the melody lines here just go sort of “nur-nur-nurrr” a bit, then they go “nur-nur-nurr” back down again, then they go “nur-nur-nurrrrrrr” in a higher register for the chorus, and that’s pretty much it. The lyrics are a bit crap too, just reeling out a set of vaguely polysexual, vaguely transgressive themes – submission, addiction, fashion, fame, deception, yawwwwn. The ballad ‘Dope’ is particularly bad on this front, and it sounds like Meatloaf to boot.

So not great. Shame, that, but of course as Molanphy’s article points out, a star as big as Gaga can make career dips and still come back with insanely great, game changing, records. Madonna did it, and I hope Gaga does – but this is two albums in a row now that were basically a bit boring, and she needs to sort it out soonish please. Because I want her to be great. I want her to prove that there is still room for a Bowie or Mercury in the world today. If she keeps on the way she’s going, she’ll be fine, she’ll still have her loyal following, she’ll still sell hundreds of thousands of albums, she can just keep on going round in ever-decreasing circles of kookiness with less and less memorable songs – but she won’t be Bowie: she’ll be the pop Marilyn Manson. And then I really will join the chorus of ill-will.