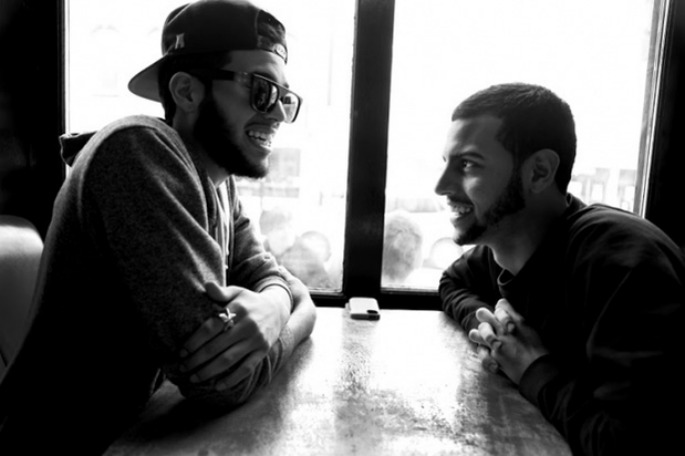 The Bronx bros name-check the year’s most ubiquitous art titans.

The Martinez Brothers have made their name in recent years as young bearers of New York’s house music flame, taking their Paradise Garage-influenced DJ sets from the Bronx to Ibiza. With their latest release, though, it seems siblings Chris and Steve have temporarily fallen out of love with straight-up four-four vibes and turned instead to hip hop.

The new EP is a five-track collection of loosely Madlib-flavoured beats that lean heavily on funk and jazz samples, and it takes its title – WARHOL*BASQUIAT – from a pair of personality-memes that have become ubiquitous in the past year, with Lady Gaga, Jay Z and A$AP Rocky among the legions of pop and hip hop artists name-checking the New York artists. (Coincidentally, Jay has just dropped $4.5 million on a 1982 painting by Jean-Michel Basquiat)

We’re assuming the name is a bit of a piss-take, because the music inside the EP seems sincere enough – all lolloping funk synths, easy-breezy handclaps and woozy boom-bap drums. Grab the free download and see for yourself.

The Mart-Bros will see in the New Year at Fabric, headlining room one alongside resident DJ Craig Richards, Parisian DJ Dyed Soundorom and house upstart George Fitzgerald. [via XLR8R]