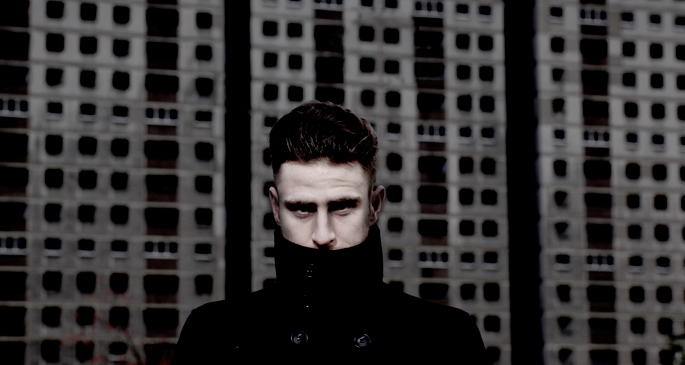 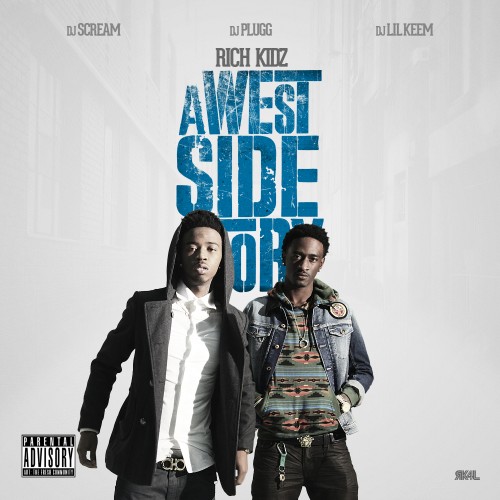 The Atlanta rap duo have spent the last few years developing from local sensations to Columbia-signed duo. With A Westside Story, they’ve built on last year’s promising Straight Like That 3 with an R&B-heavy style that puts them very much in line with the rest of Atlanta’s rap scene. The pair is well-balanced: Skateboard Skooly’s is a one-two hitter with his crooned hooks and nasal-but-nimble flow, and RKaelub (the self-described “weirdo 1/2” of the duo) keeps things interesting with his off-kilter, full-throated pronouncements.

With a group of producers that includes frequent collaborator London on da Trak, Dun Deal, League of Starz, Luney Tunez, Metro Boomin & TM88, the Rich Kidz enlist some of the finest Atlanta talent without letting A Westside Story fall into a sonic rut. Perhaps this is due to a reliance on hat-tips to influences, both classic and contemporary. From the former, there’s the K.E. on the Track-produced ‘Westside Love’ that interpolates ‘California Love’, ‘This Is How We Do It’, and more; ‘Outkast’ flips the duo’s ‘ATLIens’. Meanwhile, they borrow Migos’ ‘Versace’ cadence on the Zaytoven-helmed ‘Monifa’ and ape Kendrick’s ‘M.A.A.D City’ mania on ‘Caution, and that might be a reference to Timberlake/Beyonce duet ‘Until the End of Time’ on ‘Settle Down’.

Rich Kidz are just barely out of high school (“I can buy your bitch / but I can’t buy a beer”), but thanks to Skooly’s pitch-perfect hooks and striking the right balance between street menace (‘Rider’, ‘Caution’), sensitive thug sexposition (‘Winner’, ‘Settle Down’), and don’t-call-it-conscious truth-telling (‘Trayvon’), this might be the last tune-up before that major label debut. 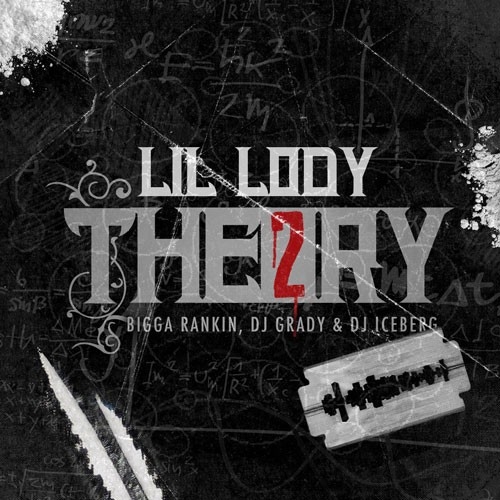 Lil Lody is best known for producing one of the year’s biggest club breakouts – Young Scooter’s outstanding ‘Colombia’. The Memphis rapper/producer set a new standard for minimalism (look mom, no kick) with his skeletal coke-rap anthem, and now he’s back to remind listeners that he’s a pretty serviceable rapper to boot. Most excitingly (for us at least), the tape opens with an extended intro that samples Fabio Frizzi’s influential soundtrack to Zombi 2 and we’re pretty much sold from that point on.

It’s not only the occasional nerdy nods that make this one worth the download either – Lody’s put together a watertight street tape that’s jam packed with the kind of ideas that all too often get lost in identikit self-aggrandizing and braggadocio. Lody sounds like he’s out on his own with The Theory 2, and while there are certainly comparisons to be made with his mentor Young Jeezy and Memphis veterans Three 6 Mafia, there’s the sense that they’re only fleeting and that Lody is well and truly out on his own. 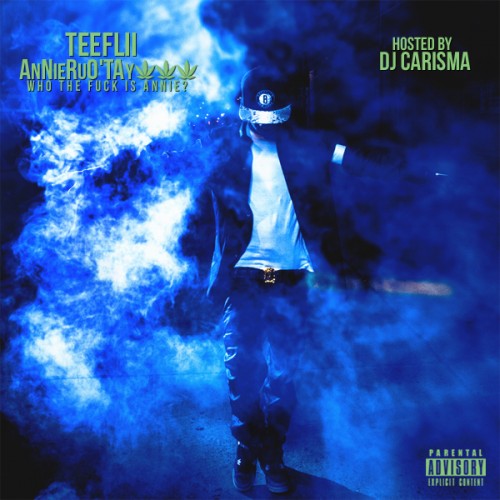 TEEFLII
ANNIERUO’TAY 3 (WHO THE FUCK IS ANNIE?)

Silky-voiced L.A. crooner TeeFlii’s had a pretty exemplary year, not only did he drop one of the most surprisingly enjoyable mixtapes in AnnieRUO’TAY 2 but he managed to find time to link up with DJ Mustard for slippery collaborative tape Fireworks. So a month before 2013 reaches a close we’re treated to AnnieRUO’TAY 3, which sadly feels a little like a rushed addendum to his stellar year.

There’s very little here that can hold a candle to its predecessor, and while it’s still held together for the most part by Flii’s DJ Mustard-alike ratchet ‘n b productions, without the occasional joint from Mustard himself it feels a little hollow. That’s not to say there aren’t occasional highlights – Futuristics-produced slow burner ‘Talking Dirty’ is a prime example of why we fell for TeeFlii in the first place, but there’s a sense that he needs to tighten things up considerably before his debut album proper. 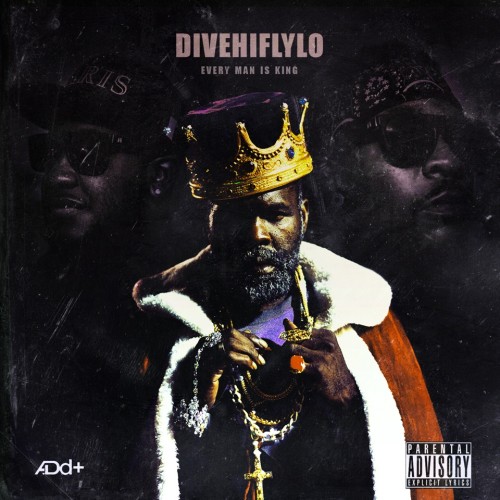 A.DD+
DIVEHIFLYLO: EVERY MAN IS KING

Judging by the bated breath that surrounds ever new OutKast reunion rumor, it seems that most hip-hop fans are not ready to end that era of Southern hip-hop. And with the latest reports seemingly limited to touring, where can OutKast fans turn for that type of soulful, Southern-fried hip-hop? One group trying to fill the void of a world without OutKast and UGK is Dallas duo A.Dd+. Slim Gravy and Paris Pershun have that same type of stylistic yin yang, and with DiveHiFlyLo: Every Man Is King they follow-up 2011 debut When Pigs Fly with another set of soul and funk-inflected trunk rattlers.

From flow down to beats, the OutKast comparison is obvious, and A.Dd+ seem to lean into it. ‘Suitcases’ borrows a line from ‘Git Up Get Out’, ‘Every Man Is King’ bass-heavy, runaway train groove loosely inspired by something like ‘SpottieOttieDopaliscious’, and the hook on ‘Change’ floats away like that of ‘Elevators (Me & You)’. But Dallas being just a few hours from Houston, chopped-and-screwed touches are applied liberally, like on the hook of the DJ Burn One-produced ‘Where You Been’.

DiveHiFlyLo is a fully-formed effort, with limber lyricism from both members and musicality to spare, but the funk-fueled ‘Drive Safely’ exposes one of the crew’s weaknesses. The song launches with “Put us up against any motherfucka / still we crush ’em / ’cause a nigga from the South / you doubt what’s coming out my mouth?”, a shoulder-chipped couplet that seems disingenuous at a time when Southern rap has never been more respected and influential. In updating OutKast’s sound, they seem to have forgotten to update the message. 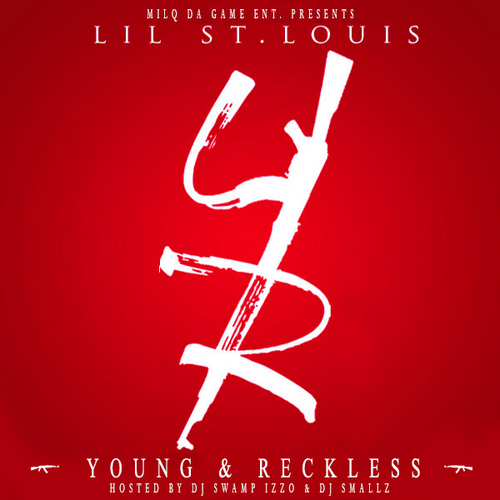 There’s hardly a dearth of jagged Southern street tapes at the moment, and that’s probably exactly why ascendant rapper Lil St. Louis’ debut sounds so remarkable. Young & Reckless is refreshingly left of center, and quickly manages to assert itself in a massively overpopulated genre.

Propped up by an unshakable selection of beats, Louis’ effortless delivery coolly re-affirms his Southern status and his woozy drug raps are refreshingly memorable. Unsurprisingly, the highlight is the Zaytoven-produced ‘Geeked’, where Louis’ hoarse drawl manages to sound both inebriated and oddly chilling. He might not be encroaching on Gucci’s territory just yet, but there’s a sense that Lil St. Louis is taking assured steps towards greatness. 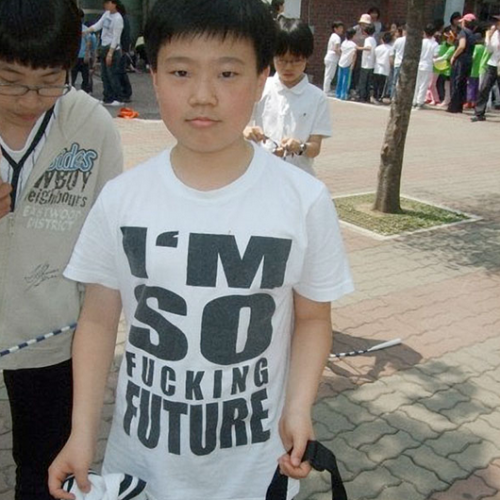 Daniel Lopatin’s exploratory and quite brilliant R Plus 7 is undoubtedly one of the most unexpectedly rewarding albums of the year, and manages somehow to finally melt all his disparate influences into one coherent whole. It stands to reason then that his ability to construct a similarly invigorating mix should be a given, and he certainly shows it with the jaw-droppingly bizarre New Life Now.

At this point, you should know what you’re in for when you click on anything Lopatin related, and New Life Now doesn’t disappoint. A blend of choppy breaks, bizarre and almost comical ‘ethnic’ music, chunky electro, spacious ambience and 80s pop, it serves as R Plus 7’s homeopathic essence. If you want to understand just why Lopatin’s music sounds the way it does, New Life Now would be a damn good start. 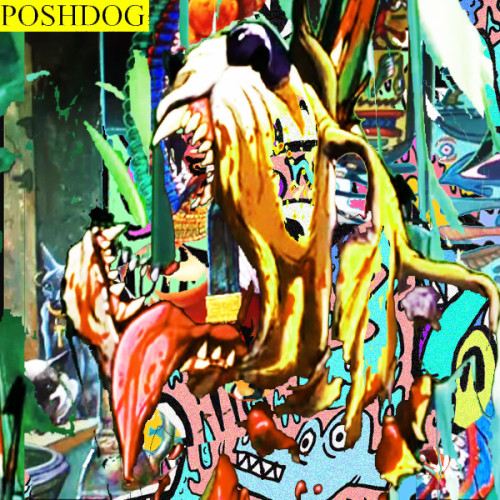 The latest mixtape from Poshdog (aka PX$H6XD), a member of Miami’s resident art-rap weirdo collective Metro Zu, has something for everyone. There’s the elastic, Brainfeederesque beat craft (‘start_desert camo’, ‘dog heven’) and bluesy, soulful boom bap with eyes in the rearview (‘dense blue ocean’, ‘caramels’) typical of Bandcamp beat tapes, but there’s also tracks more befitting the effort’s “experimental” and, uh, “cumwave” tags. Whether it’s exploring where Miami bass meets house and techno (‘cyborg shelter’, ‘shower crush’) or offering something for fans of AraabMuzik’s MPC-triggered menace (‘m m’), Poshdog is unafraid to color outside the lines. 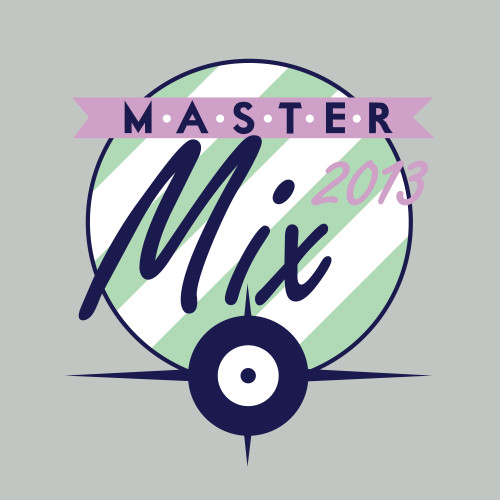 With his latest Mastermix, the Numbers co-boss reminds you that his moniker isn’t just a nod to Jackmasters past, but an indication of what he can do behind the decks. For 90 minutes, Jackmaster has Whitney Houston and Prince partying with Maurice Fulton and Doc Daneeka to a boogie-disco-house-techno-bass extravaganza. This is one of those mixes that traverses three decades of dance music but feels reverent more than retro. The less written the better — just jack. 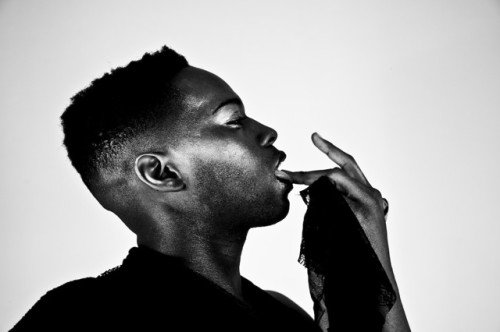 Zebra Katz’ cold and shadowy blend of rap and house hardly needs any introduction on these pages, so a brand new mix of the New York rapper’s influences is a no brainer. Here he stitches together the roots of his sound with surprising clarity. We’ve got disco house veteran Felix Da Housecat, techno pioneer Green Velvet, German electro punk upsetters D.A.F., Lauryn Hill and even a cut from Katz himself. It all makes perfect sense; the fact that each tune’s a stone-cold banger is just a bonus. 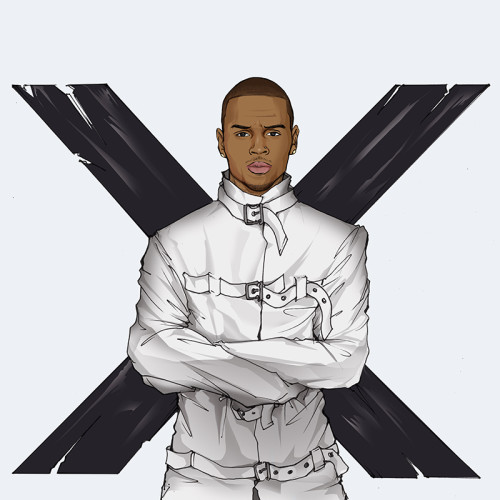 It is seemingly impossible to critique Chris Brown’s music without critiquing Chris Brown’s life, especially when he drops a mixtape with a cover that puts the singer in a straightjacket. Released just as Brown is headed back to rehab for continued anger management issues, it makes it really tough to appraise “just the facts” when he continues to throw words, fists, and rocks at anyone who dares to challenge him.

Yet no matter how troubled he is, we wouldn’t be talking about Brown if he wasn’t talented, and despite everything, he still knows his way around R&B jams. X Files, possibly the offcuts from his forthcoming album X, is six reminders of what Brown can do, almost effortlessly, like the MJ-esque falsetto, ad-libs, and melisma of ‘Sweet Caroline’. Highlights include ‘Fantasy 2’, a straight-up bedroom anthem with a Ludacris verse that turns it into a sequel to the classic ‘What’s Your Fantasy’, and ‘Main Chick’, a ratchet kiss-off produced by scene maestro DJ Mustard.

Still, even the best songs can be spoiled by Brown’s lyrics, which are simply slimy in the context of his personal life. The 80s-kissed, rap-flirting love jam ‘War For You’ is soured by Brown’s persecution complex (“They just can’t take away my pride / Till they bury me… I try to keep a small circle, but the fuck / Niggas always tryna come around”) and mid-tempo ballad ‘Waiting’ gets quite stalkerish (“Lamborghini speeding on the highway of suicide / I’m tryna follow you / I’m scared”), with Brown sounding like the scorned lover who kills a woman because he can’t allow anyone else to possess her. Lyrics like that will continue to make otherwise-entertaining songs unlistenable, but this is a problem of Brown’s own creation — whether he wants to admit it or not.