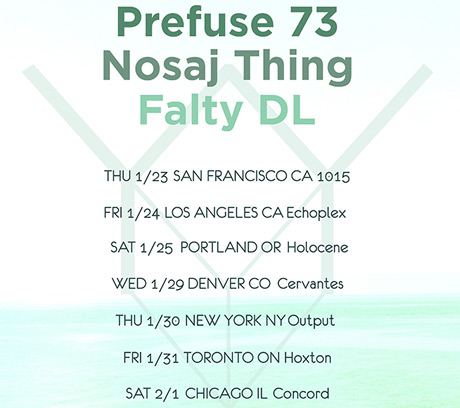 Earlier this year Prefuse 73 announced the launch of his new label, Yellow Year Records. Its inaugural release saw the pioneering artist team up with new blood Teebs for an EP of dreamy beats under the moniker Sons Of The Morning.

In celebration of this, Prefuse has announced a short North American tour in the new year alongside FaltyDL and Nosaj Thing. The tour will take in seven dates across both coasts and also Canada. It starts January 23, see full dates below.

Earlier this summer we profiled Prefuse 73’s lasting legacy in our Essential… series.