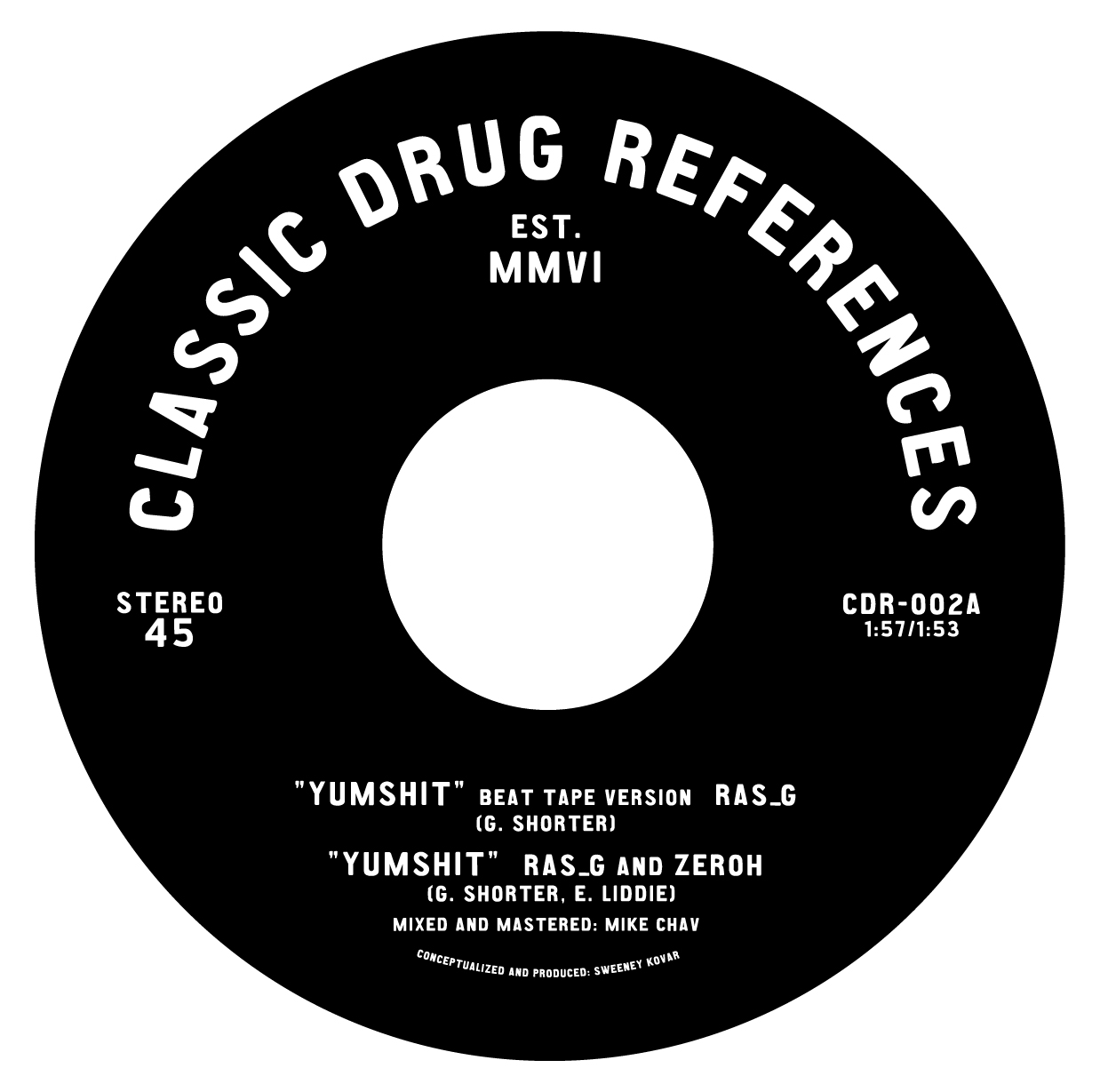 Sun Ra disciple and rising underground MC burst out through the blunt smoke.

Los Angeles’ rap scene has had a pretty good year. Odd Future’s Earl Sweatshirt dropped his highly anticipated debut, Doris, while Jonwayne let his MC side shine on his own Stones Throw debut, Rap Album One. And of course there’s been Kendrick Lamar‘s continued ascent, alongside his TDE family.

The city’s underground has also remained incredibly healthy, and a new project by journalist Andres Reyes aka Sweeney Kovar aims to shine a light on this with a carefully crafted package of 7″ records and an accompanying fanzine.

The fanzine includes a selection of texts curated by Reyes featuring words from Detroit legend Hex Murda, Boston journalist Dart Adams, interviews with A$AP Yams and photography from Mochilla’s B+. The entire thing is printed in black and white and packaged in a custom black box. What’s more randomly selected orders will received a box customised with artwork from Matt Andres, Ahnnu, MNDSGN and Samiyam.

Below we have the premiere of the Ras G and Zeroh track, titled ‘YUMSHIT’. It’s a blunted slice of ethereal hip hop from two of the city’s most forward thinking artists. While Ras G has become somewhat of a household name over the past years, thanks in no small part to his affiliation with Brainfeeder, Zeroh is definitely one to watch – Jonwayne told us so much in our recent interview and we even included him in our feature on Kendrick Lamar’s ‘Control’ verse earlier this summer.

Listen to both the vocal and instrumental version of the track below and head over to Bandcamp to pre-order your copy of Classic Drug References vol.1.