Rewind: The Bug vs Soundmurderer on John Peel Sessions in 2003 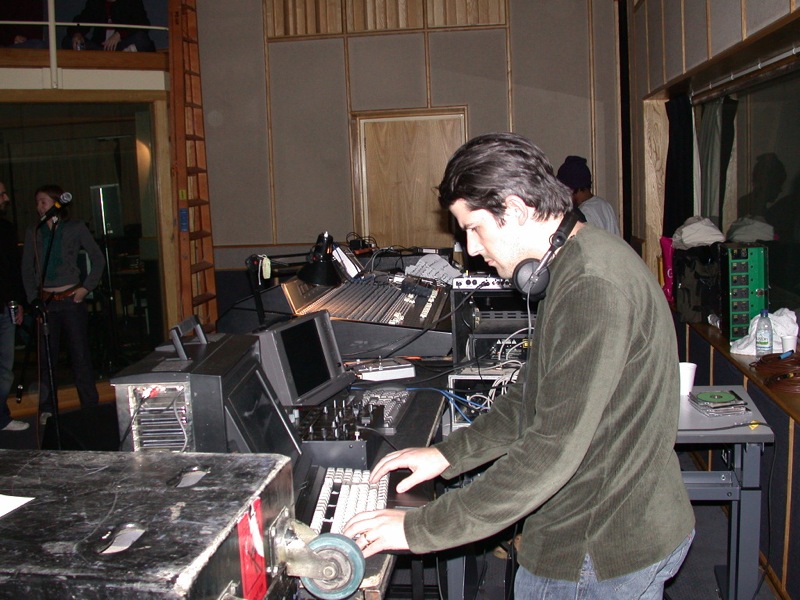 John Peel was never afraid of giving airplay to the more deranged and fascinating corners of the music world, and for that he will always be sorely missed. In 2003 the late radio figure and DJ invited two such producers for a BBC radio session: London’s Kevin Martin aka The Bug and Michigan’s Todd Osborn aka Soundmurderer.

A recording of this memorable soundclash surfaced on Soundcloud a couple years back, and there is also a set of photos from the night showing both producers at the control of their array of equipment alongside the MCs that hosted the session.

While Kevin Martin probably needs little introduction around these parts, Soundmurderer is perhaps a bit more of a mistery. The drum n bass alias of Osborn – who has released under a variety of names on labels such as Rephlex, Planet Mu and Ghostly over the years – Soundmurderer was an outlet for in-your-face, chopped-up drum n bass and ragga jungle stylings, including collaborations with another Michigan pioneer, Tadd Mullinix aka Dabrye, under the name Soundmurderer and SK-1. In fact Osborn was responsible for running the first drum n bass record shop in Michigan, the legendary Dubplate Pressure.

The session also features Warrior Queen, who would go on to become a regular Bug collaborator. It’s a perfect reminder of both artists’ full-frontal assault approach to soundclashing, an approach The Bug continues to refine to this day.

Listen back to the session on Soundcloud below and check the photos here.