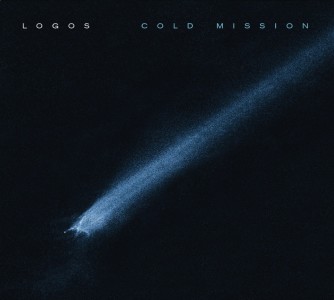 Plenty has been written, in these pages and elsewhere, about the “new wave” of instrumental, experimental grime spearheaded by artists like Slackk, Bloom, Visionist and Rabit. The scene, though blooming, is still young, with only one regular clubnight – Boxed in London – fully committed to the sound, but in its brief history the debut LP by Logos feels like a high watermark.

Cold Mission is one of the most intriguing and profound instrumental grime records I’ve heard. Logos substitutes much of the fierceness typically associated with the genre with crystalline elegance. He hints at pirate radio jungle and grime throughout, but the references feel wholly modern rather than throwback or revivalist, in a similar vein to Jam City’s Classical Curves. Cold Mission is also gloriously minimal. A Lynchian eeriness pervades the title track, with high-shine surfaces and ominous New Age-y noises of an environment that sounds at once natural and bizarre. ‘Atlanta 96 (Limitless Mix)’ is bleak and cinematic, each string phrase, tinkling chime and percussive hit isolated in stark space. On ‘Ex 101’ percussion clacks like bones and lone synth lines waver like specks of light in a black void, dissipating like vaporous contrails rather than reaching resolution.

You might expect music this pristine to be emotionally lacking, an exercise in virtuosic production and little else, but much of Cold Mission is almost unabashedly romantic. Take the lambent synth loops and gently swelling countermelodies of ‘Night Flight’, which feels more like a fleeting vignette than a fully realised song and is all the better for it, or the delicate chirping that opens ‘Atlanta 96 (Limitless Mix)’, both of which dredge up all sorts of indefinable but very real emotions. ‘Seawolf’, on the other hand, is all icy toughness, but although Logos deploys the square-wave synths and gun sound effects associated with grime proper, the effect is of tense poise rather than aggression.

For all Logos’ aspiration to a Platonic perfection of the form, Cold Mission could use a little editing. Its least essential tracks are the collaborations. The vocal samples on ‘Alien Shapes’ are unnecessary; only the very stupid need to be told that this music sounds “alien” and “spacey”. ‘Swarming’ with Rabit also feels busy even though it barely contains percussion, like grime divested of its skeleton. Its whipcracks and teeming synths would work on a non-album release, but in such a supremely minimal context and with such a literal title, ‘Swarming’ feels too obvious. Similarly, the junglistic ‘Wut It Do’ with Mumdance is explosive and would be shattering elsewhere, but is ungainly when framed by the starlit grace of ‘Night Flight’ and ‘Atlanta 96 (Limitless Mix)’.

These tracks only slightly mar an incredibly accomplished debut album, one that richly rewards repeated and isolated listening. Logos may take cues from both the fertile instrumental grime scene and a wider spectrum of influences, but he incorporates them into a thrilling sound that’s entirely his own.