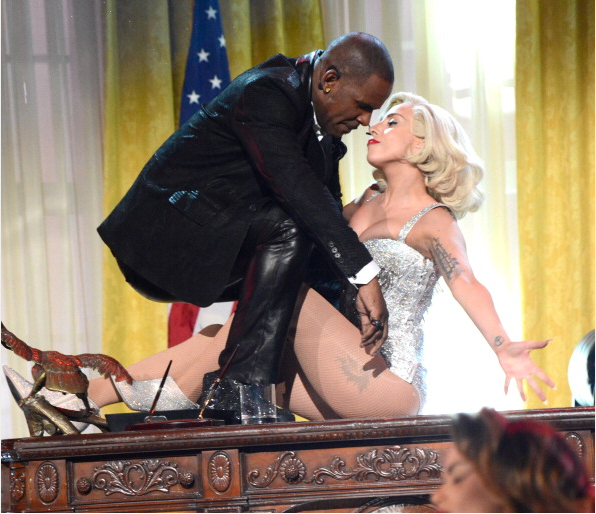 The American Music Awards is one of the more po-faced US awards ceremonies, confining itself to radio-hogging big dogs and tending to keep controversy to a minimum.

Thanks be to Lady GaGa, then, who poured a glug of rum into the ditchwater. This being the 50th anniversary of JFK’s tragic assassination, the singer paid tribute in the most deferential, tender way imaginable – by staging a carnivalesque representation of his affair with Marilyn Monroe, with R Kelly playing the JFK role. It’s excellent, features Kelly wielding a Clinton-referencing cigar, and is available to watch below.

A final pick from the bill – Justin Timberlake rattling through a guitar-led ‘Drink Me Away’.

Other acts included Macklemore and Ryan Lewis, Rihanna, TLC, and Miley Cyrus, amongst others.