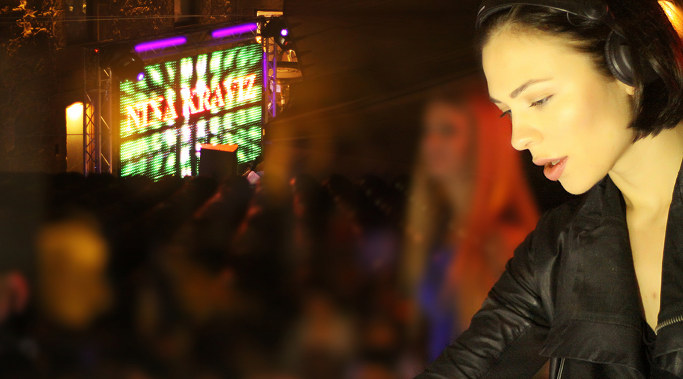 Although it treads similar territory at times to the Russian producer’s debut LP, released on Rekids last year – her voice is all over the record, for one – it’s, largely speaking, smoother and more hypnotic than the rough, Dancemania-inspired grooves of ‘Ghetto Kraviz’ et al. There’s also a collaboration with Detroit producer Luke Hess, on ‘Remember’.

In Kraviz’s own words, “Mr Jones is about a person who is always looking for truth around him and brave enough to always say what he thinks – it was originally made in Moscow in 2008, which I revisited this year and am now releasing as a new 2013 version, with the untouched original version featured on the digital release as the ‘Home Listening Mix’, for which I think it is better suited. It was made by a combination of my vocals recorded in real time over a few takes, which then went through different FX, tones and machines to create a kind of voodoo feeling that was unique to the very special Moscow morning on which it was recorded.”

“‘Sheer’ was one of my first approaches to making a techno track in 2008. All the vocals featured are my own – I made a few different mixdowns of the track, one of which is available on the digital release with a different structure and mastering. ‘Black White’ is another earlier track: a stranger-sounding one I began making in a Miami hotel room some time ago – maybe some of that scenario has made it into the track…

“‘Desire’ and ‘Remember’ are brand new tracks: ‘Desire’ was freshly made in my Berlin studio one month ago, while ‘Remember’ is my collaboration with Luke Hess, produced and recorded by us both in Luke’s Detroit studio earlier this year, where I convinced him to get on the mic too – it’s inspired by a very old poem and is about very deep true feelings of one person to another, and a moment when one suddenly forgets the other.”

You can stream Mr. Jones in full below, and buy it here (digital) and here (vinyl).