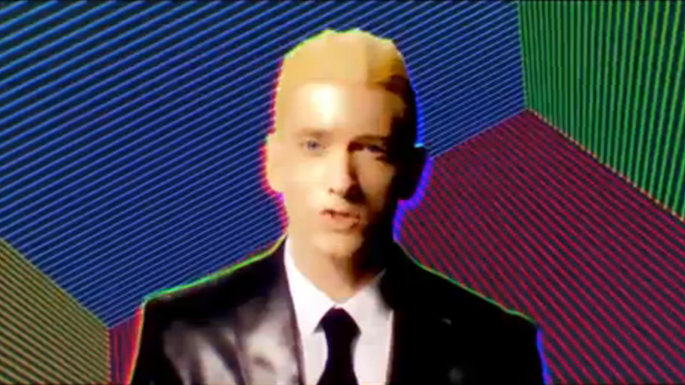 In the video for Eminem‘s Marshall Mathers LP2 cut ‘Rap God’, the angsty rapper dons Max Headroom’s suit and wayfarers in an 80s reference that will probably go over the heads of his youngest fans, unlike the video’s nods to The Matrix and 8 Mile that are (slightly) more contemporary.

The motormouthed single has been a source of controversy due in large part to Eminem’s continued reliance on casual homophobia in his lyrics. It certainly was an issue during FACT’s round-table breakdown of the bizarre LP, a “rap-rock comeback” that nobody wanted.