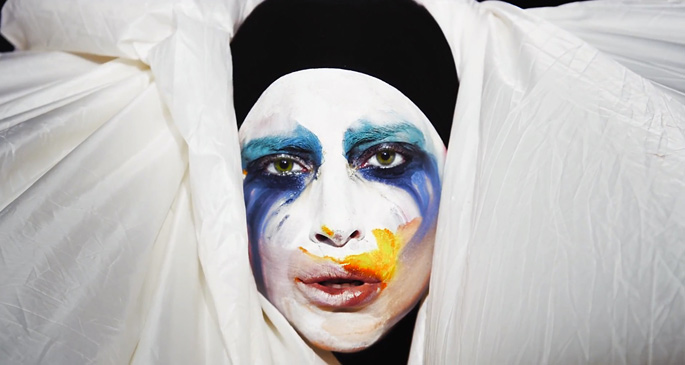 Lady Gaga is to release a bundle of music, videos and photos in BitTorrent format as part of a new team-up between the technology platform and Vice Media.

The BitTorrent x Vice Bundle series will offer fans a trove of original content produced and curated by Vice, including video, music and photos from behind the scenes.

The Lady Gaga Bundle is the first in the series and includes previously unseen video and photos documenting the making of the video for ‘Do What U Want’, her new single with R.Kelly. The pack also contains an exclusive video interview with Lady Gaga and photographer Terry Richardson.

Gaga released her third album, ARTPOP, this month – read the verdict on that from FACT’s Joe Muggs. The singer has already hinted that an “experimental” sequel to the album is on the way. [via Music Week]

Watch Gaga and R.Kelly act out their brilliant Monroe-JFK fantasy live at the AMAs: