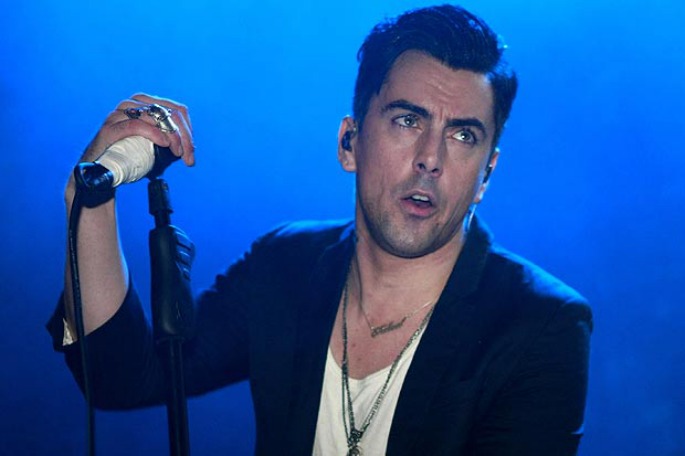 A former girlfriend of Ian Watkins has claimed she warned police four years ago that the Lostprophets frontman was a paedophile, but was ignored.

The former singer of the Welsh rock band yesterday pleaded guilty to child sex abuse charges, including two charges of attempting to rape an 11-month-old baby. His two female co-defendants, the mothers of two of the child victims, also admitted to numerous child sex offences.

Joanna Majic, a former escort who had an on-off relationship with Watkins from 2006, says she informed police that Watkins was a paedophile but no action was taken.

“Everything changed for us when he confided in me that he wanted to abuse children in 2008,” she told the Daily Mirror. “I went straight to South Wales police then and made a complaint but they ignored me and said I needed evidence.”

“I couldn’t believe how indifferent the police were, it was like they were taking his side and dismissing me as some stalker,” she added. “I told Ian I had gone to the police and we argued but he was so cocky, he did not think the police would touch him and he was right.”

An ex-boyfriend of one of Watkins’ victims has revealed that the girl – who later allowed Watkins to abuse her baby – was first targeted by the singer when she was still at school.

“My girlfriend was about 15 when he found her on a Lostprophets chat forum and started to seduce her,” he told the Daily Mirror. “She told me he enjoyed making her dress like a little girl and enjoyed ­humiliating her.”

It has also emerged that a police detective sergeant working on the case is being investigated for gross misconduct.

In a statement, the Independent Police Complaints Commission (IPCC) said they are looking into whether the officer “failed to take appropriate and timely action in relation to information they were in receipt of in advance of Mr Watkins’ subsequent arrest”.

The IPCC statement added: “At this stage the investigation is focused on the actions of one officer, a detective sergeant who is also being investigated in another case where it is alleged he failed to act on an allegation that a 15-year-old girl had been raped. That remains ongoing.”

In court on Tuesday, prosecutor Chris Clee QC described Watkins as a “determined and committed paedophile” who had not only abused children but “recorded and kept episodes of this abuse which were recovered by the police.” The singer and the two co-defendants will be sentenced on December 18.