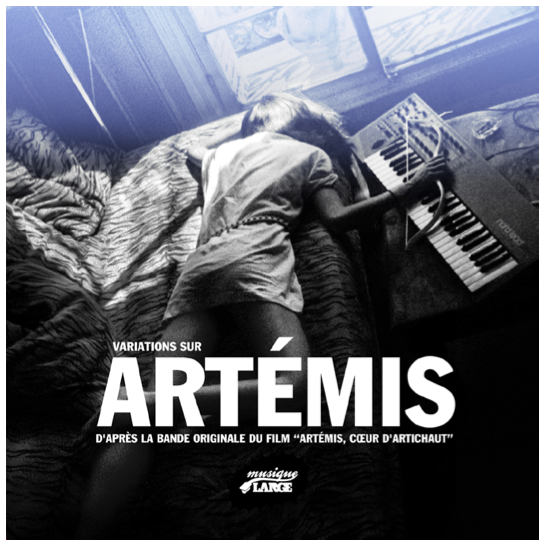 Musique Large, the label co-founded and run by French MPC maestro Fulgeance, is to release the soundtrack to Artémis coeur d’Artichaut, an indie movie shot on Super 8 that has been a recent critical success in France. The movie was shot and is set in and around the city of Caen, which is also home to the label.

Titled Variations sur Artémis, the soundtrack is released on December 2 via the French label and features the original score, written and performed by the movie’s director Hubert Viel, alongside three remixes and an alternate take of the film’s title track ‘Chewing Gum’.

The soundtrack was written using synthesizers and brass instruments and is made of six variations on two ‘themes’ used throughout the film. Below we have the premiere of the Jean Nipon remix of ‘Piste Blanche’, a delicate and elegant slice of retro-futuristic dancefloor pop that closes the release.

The movie’s director, Hubert Viel, explained the process of making the soundtrack for his own movie as follows:

“I was tired of soundtracks that sound the same and never do anything new. I took inspiration from Francois de Roubaix and his soundtrack work, stuff that was really experimental for its time – anolog electronic by excellence.

I started with modulated synths, recorded in analog. But they were too weak and didn’t have enough colour. This is where Remi Alexandre (guitarist for Syd Matters) came in. He recorded and mixed the brass (trumpet, trombone and saxophone by Yann Lupu and Benoit Crauste) and voices (Magali Ohlund and Mesparrow). This made the music thicker and gave it colours as well as making the whole thing more coherent. After all this is a classic soundtrack though, in that it is only a set of variations around two unique themes.”

Speaking to FACT Fulgeance explained his decision to release the soundtrack as follows:

“Hubert is a dear friend of the label. Alongside Rekick and myself we started a house project called Bazooka Crew in 2003, released on Eklektik Records. Following this we all went further into our ‘loves’: Rekick into graphic design (he does all the Musique Large releases), myself into music and Hubert into cinema. He always had his own style, even with making films, and we all shared a love of analog music. I remember afternoons spent listening to Air, Alex Gopher, Jess & Crabbe, trying to be like our idols, trying to do the same stuff with MPCs. Hubert and I always had similar ideas in that regard and so I’m very proud to be able to present his music and the brilliant movie it comes from.”

You can hear the entire soundtrack via the Musique Large Soundcloud page.