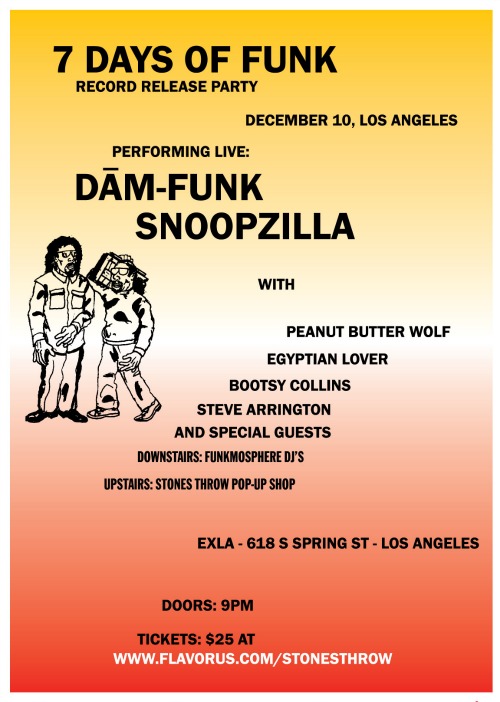 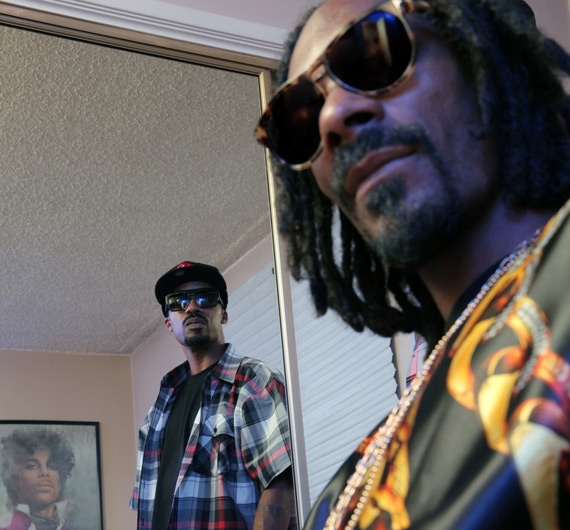 The funk is strong for this one.

Following premieres of the beautifully throwback video for ‘Faden Away’ and the artwork for the 7 Days of Funk album, Stones Throw Records have announced that the release party for Snoop Dogg and Dam-Funk‘s collaborative project will go down on December 10 in Los Angeles featuring an all-star cast of funky legends old and new.

The release party will take place at The Exchange in Los Angeles. As good an excuse as any to visit California if you happen to be on the wrong side of the world.

In related news, Stones Throw have also announced that the album will be released as a 7″ box set, with every album cut granted its own record, including instrumental.

We’re proud to announce that Snoop & Dam-Funk’s album 7 Days of Funk is being released as a 45 box set, with a total of 16 tracks: each song on the album released on 7-inch single, backed with it’s instrumental version. The box set includes a bonus record with “Wingz” (not available on any other format) b/w “Systamatic”.

You can pre-order the record now, with delivery expected around February next year.