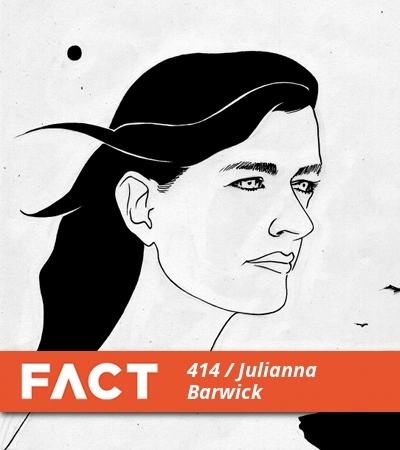 In a week where we’ve fallen hard for Light In The Attic’s excellent survey of vintage American new age, it’s a pleasure to welcome Barwick – an artist whose quasi-devotional loop music aligns ambient, choral and shoegaze traditions – to the FACT mix series. Barwick cut her teeth on a series of self-released discs, most notably 2009’s occasionally stunning Florine EP, but potential blossomed into brilliance on 2011’s The Magic Place – a gently devastating set of reverb-heavy vocal rounds that strolled with ease into our Top 10 albums of the year.

This year’s Nepenthe LP saw her expand her sonic palette, working with members of Sigur Ros’ inner circle and bringing a cast of guitarist, choirs and supplementary bodies on board. She’s also recently cooked up rich dream-pop with Helado Negro as OMBRE, and collaborated with no wave grandee Ikue Mori as part of RVNG Intl’s old-meet-new FRKWYS series. Her recorded work is also counterpointed by her loop-based live shows, which do a fantastic job of replicating the poise and grandeur of her albums; as more than one FACT scribe will tell you, she’s one of best studio-to-stage translators currently working the circuit.

Barwick’s mix emanates from the same contemplative space as her own music. Titled ‘See You’, it’s a lilting collection of soupy new age, rolling Americana, Arthur Russell, and the odd canonical classic too – it’s certainly been a while since we heard Dylan in a FACT mix, that’s for sure. Forget the club or the gym – FACT 414 is a session designed for rolling dustbowls and star-pocked night skies.