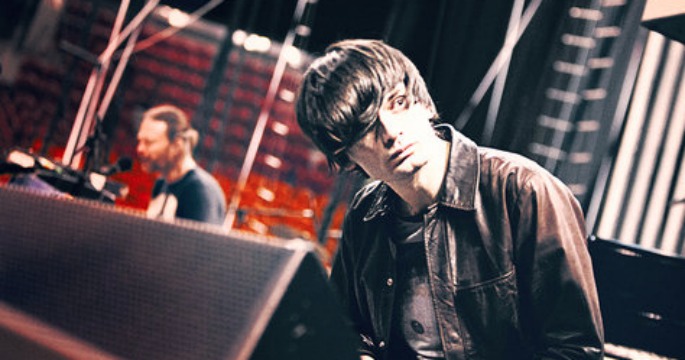 Radiohead’s resident poindexter Jonny Greenwood has composed a piece for the Australian Chamber Orchestra that will premiere in Australia in 2014.

Greenwood, whose extracurricular compositions also include scores for the Paul Thomas Anderson films There Will Be Blood and The Master, workshopped the new piece at the orchestra’s Sydney studio following Radiohead’s 2012 tour of Australia.

“I’m so used to closely recorded sounds, it’s always a jolt to realise that the ‘in the room’ sound of an orchestra is a different animal from a recording,” Greenwood said of the composition, which is called ‘Water’.

Following the workshop in Sydney, he travelled to India where he picked up more ideas for the piece. “The space in Indian classical music and the textures were a big influence on the commission,” he explained. [via CoS]

Tognetti’s Beethoven, which will include the world premiere of the ‘Water’, will be performed on the following dates next year: