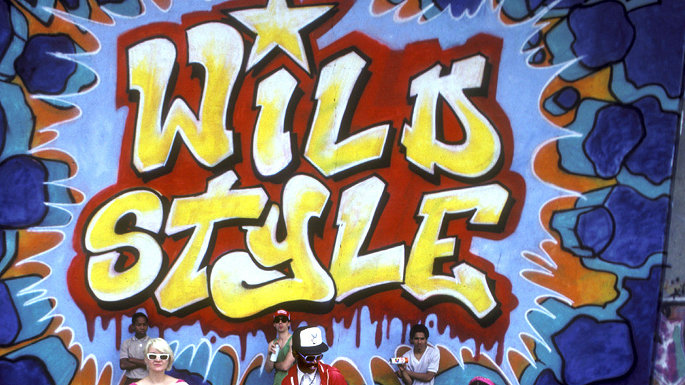 Classic-beyond-classic hip-hop flick Wild Style turns 30 this year – and East London’s Oval Space are pulling out all the stops in its honour.

First released in 1983, Wild Style‘s position as the definitive hip-hop movie remains pretty much unassailable. The film, which follows the travails of graffiti artist Zoro as he falls in love and dodges the feds, serves as a manifesto for New York’s fledgling B-Boy culture, featuring classic rapping, breaking and graffing set-pieces. Grandmaster Flash, The Cold Crush Brothers, Queen Lisa Lee and Fab 5 Freddy (as main character Phade) all make appearances, and it’s been sampled on everything from Illmatic to The Go! Team’s Thunder Lightning Strike.

By way of tribute, Oval Space will be showing the film in its entirety on Saturday December 7. The screening will be followed by two top-dollar DJ sets. Tim Westwood will be spinning, and, given the occasion, will presumably keeping things on an old school tip. Eglo boss Alexander Nut – a man who knows his retro eggs – will also supply a set.

The night runs from 8.00pm until 2.00am; head here for tickets and further information.