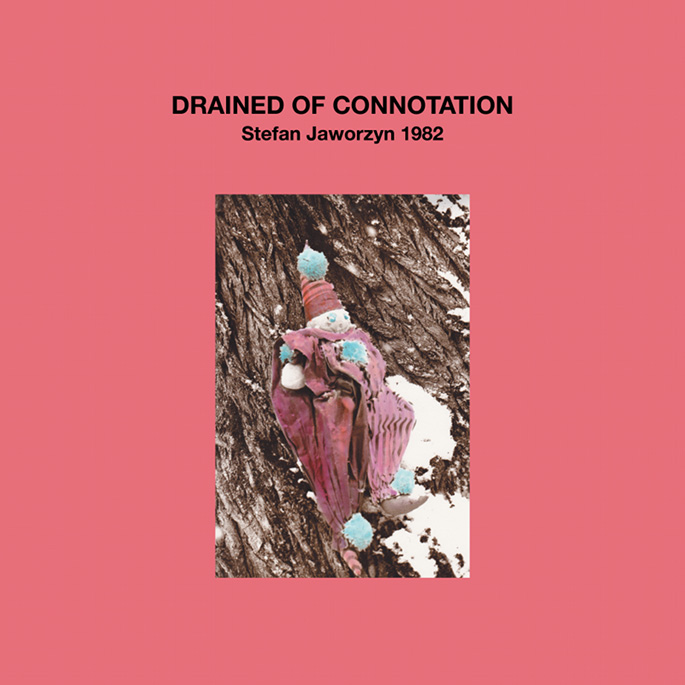 You might not have heard his name mentioned before, but Stefan Jaworzyn has quite the resume.

A founder member of influential noise pioneers Skullflower, Jaworzyn also put in work as a member of controversial power electronics bad boys Whitehouse (famously engaging in a Channel 4 debate on “integrity” with arch-douchebag Michael Winner), so his credentials are about as good as they come. Drained of Connotation was stumbled upon while Jaworzyn was combing his archives for Skullflower material, and compiles a series of home recordings made in Cardiff in 1982.

Using a Korg synthesizer (either the MS10 or the MS20, Jaworzyn isn’t quite sure) and a Boss DR-55 drum machine, Jaworzyn commands the kind of blood curdling electronics and disembodied drones you might expect to hear on any number of far more recent private-press noise LPs, only he managed to do it 31 years ago.

The album will be released January on vinyl via Blackest Ever Black, and you can hear a selection of clips below.

A1 Sinister Eroticism In Oslo
A2 The Nightclub Toilet
B1 I Am Not Going To Make This Mistake Again
B2 Druid Crystals
B3 Pillars Of Excrement
B4 Psychoanalytically Speaking, You’re Fucked
B5 Crack City
Digital only: Why Must We Rot