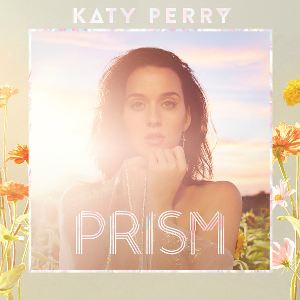 OK, you can pretty much see this as a continuation of the Lady Gaga album review, because this record is, more or less, a total inversion of ARTPOP. Everything that is missing from that record is here, but everything that is good about it is spectacularly absent from Prism. Put very simply, this is much, much better pop than ARTPOP. Just like a great US comedy, it’s a vindication of the massive writer team approach: it delivers bangs per buck, relentlessly.

Almost every track delivers hook after hook after hook. The production sparkles with fine detail and allows air in among the high-pressure pop pile-up. It’s full of very 2013 disco, house, rave and ’80s pop signifiers rather than the relentless, already-dated EDM / Dirty Dutch / dubstep parping of ARTPOP, Perry’s voice is allowed to take centre stage rather than battling with the synth leads, and it’s fizzy, fun and fresh.

It certainly passes my three key instant pop tests which are: 1) would it make a grey morning in a cafe / laundrette / supermarket seem more bearable? 2) in the car with the family, listening to the charts on a Sunday, would I keep it on? and 3) would it sound fun while spectacularly drunk e.g. at a wedding or out with random acquaintances? But all of these turn entirely on immediacy, and tell us nothing about whether a record will last, which brings us to the downsides of Prism.

First up, Perry’s voice is quite a horrible thing. Or rather, it’s fine in a three minute blast (blast being the operative word), but after three songs your teeth start twisting in your mouth. It is, basically, this. Maybe it’s meant to be like that, maybe it’s the next step in evolution after Aguilera and then Rihanna towards a cutting sound that will penetrate through shopping mall background noise, but whatever its purpose it’s not very nice.

Then there are the lyrics. It’s all there in the title, really – you just know that behind that word, there’ll be some fart-arsed “philosophy” that makes Mariah Carey look like Arthur Schopenhauer about differences combining to make pure bright light or some crap like that. And the whole thing is one big God-infused motivational seminar. Again, one song at a time, that’s absolutely fine, but over the course of 16 of the fuckers, it’s like being forced to have a high-fructose corn syrup enema then drink the results. Perry is probably not an actual idiot, but all those nods and winks and boobie cream guns aren’t fooling anyone – her rhetoric is awful, facile bilge. Like, shut up!

Which brings us back to ARTPOP. Imagine this album sung by Gaga, who also has a grating tone but in an altogether different way – her voice actually feels like it has grit and personality, rather than the horrific, googly-eyed American Idol LISTEN TO ME HIT THE NOTES screech of Perry. With her fronting it, it would be a fantastically different record, a snarky, sardonic satire on pop – which happened to be great pop. It would have all the tunes and variety that ARTPOP was missing, and its message would actually be more subtle than all the LOOK AT ME BEING ARCH ABOUT STUFF pontificating in ARTPOP. Has anyone got a time machine and some genetic melding equipment? I think between these two records, there might just be a classic in the making.