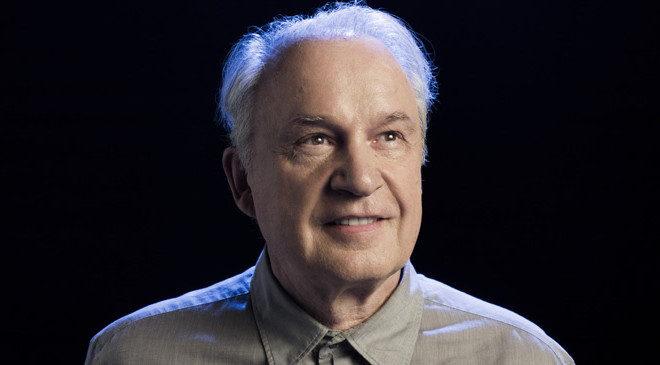 The legendary superproducer continues his run of remixes.

To celebrate the 30th anniversary of Brian De Palma’s gangster classic Scarface, Giorgio Moroder has remixed ‘Tony’s Theme’ from the film’s score, which he composed and produced.

“I wanted it to have a little bit of a classical feel in the sequence of the chords. The idea came from a German half-classical singer called Klaus Nomi,” Moroder says about to original in an interview with Entertainment Weekly. “He had one song where he did a very high voice, a staccato, a little bit like Laurie Anderson on ‘O Superman.’ Those two songs kind of inspired me, so I came up with the chords and then brought in the big choir and strings and all the rest.”

As EW points out, Moroder’s remix of ‘Tony’s Theme’ doesn’t use any of the original’s tracks. Listen to the remix below. Earlier this year, Moroder remixed Donna Summer’s ‘Love To Love You Baby’, updating his original production for EDM festivals everywhere.

For more Moroder, check out FACT’s interview with the production legend and Daft Punk muse.