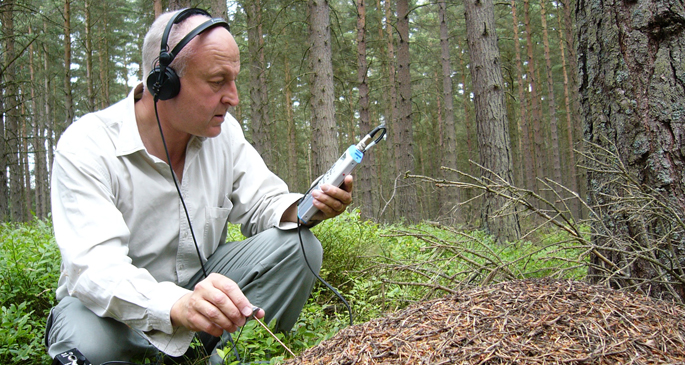 If you’re in any way interested in field recordings then it stands to reason that you would have heard Chris Watson.

While the legendary recordist may have started his career in sound as a founder member of influential Sheffield electronic innovators Cabaret Voltaire, since the early 80s he has made his name as one of the world’s most important wildlife sound recordists and has released a slew of records on experimental imprint Touch.

His albums might be classified as “field recording,” but as anyone who has heard them will attest, there’s a certain depth to Watson’s recordings, and a certain level of skill that is rarely heard. It’s hardly surprising then that his life is the focus of BBC documentary My Life in Sound, which is set to air on BBC Radio 4 on Monday December 16 at 11:00AM GMT.

Sir David Attenborough will talk to Watson about recording the film The Birds Of Paradise in Qatar, and about the very beginnings of his fascination with the sounds of nature.

You can find out more, and eventually listen to the entire documentary here.