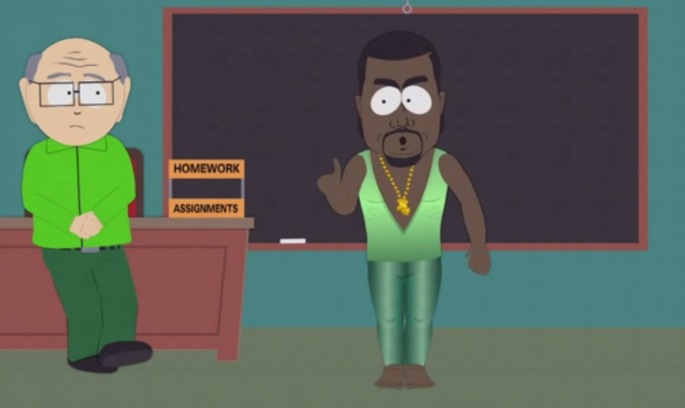 Four years after his infamous appearance on South Park‘s ‘Fishsticks’ episode, Kanye West is in the firing line again.

The new episode sees Kanye giving a lecture to the class on why he’s not Aquaman (he’s a recovering gay fish – a reference to the running joke of the ‘Fishsticks’ episode) and why Kim Kardashian is not a hobbit.

South Park creators Matt Stone and Trey Parker also riff on Kanye’s Zane Lowe interview and his beef with Jimmy Kimmel over the parody skit of that interview. North American viewers can watch the episode in full here, Europeans will have to settle for the below video, which chronicles all of Kanye’s appearances on the show.