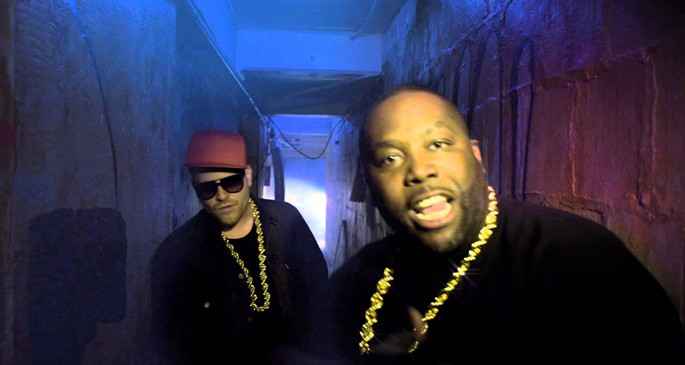 El-P and Killer Mike are back (sort of).

Run The Jewels‘ acclaimed self-titled album might have been released some time ago, but it’s set for ‘proper’ release in the UK on January 13, and unsurprisingly will be bundled with bonus material. ‘Pew Pew Pew’ is one of the tracks bundled with the new version of the album, and a snippet made its way to the internet today.

If you’ve heard Run The Jewels you should know what to expect, as El and Mike don’t deviate far from the course, but that’s hardly a negative. El’s wobbly sci-fi beat and Mike’s assured raps are what elevated the record into so many end of year lists, and they still sound fresh and addictive here.

You can read Laurent Fintoni’s lengthy interview with the duo here.