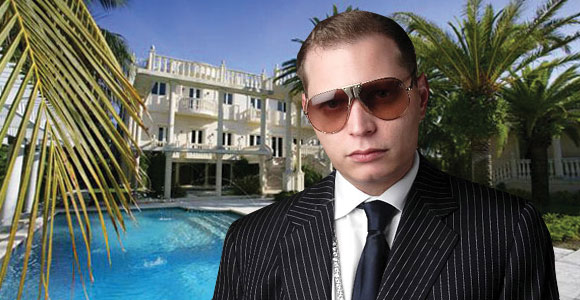 The super-producer turned coke game Dyson is back in the studio, and despite hoofing over 30 million dollars on drugs in his time, still has enough money for a barber to come to his home and top up his fade, while Storch is producing a beat. We’re not kidding. If you can turn away from the below video, then you’re more disciplined than anybody in FACT’s office this morning.

In other Storch news, he’s produced a new track by Vado, Rick Ross and French Montana, ‘Look Me In My Eyes’. You can stream that after the video.