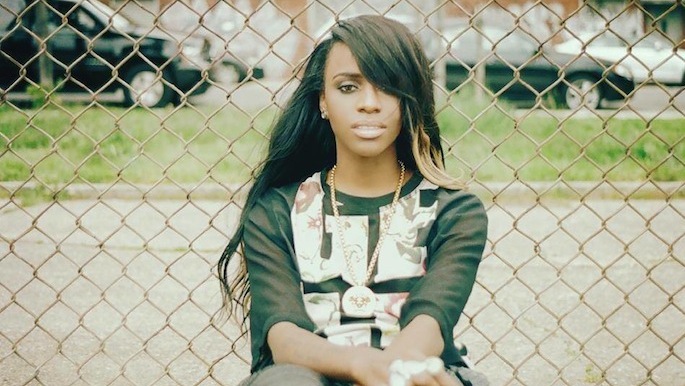 Citing difficulties with her record label, the fiery rapper debuts her album on Soundcloud.

Angel Haze has taken to Twitter to air her issues with her label, Island/Republic Records. Alleging that the label reneged on a promise to release Dirty Gold this year, Haze has begun uploading the album to Soundcloud.

“So sorry to Island/Republic Records, but fuck you. I got here doing this for my fans and if you guys don’t feel the same, it won’t stop me,” she tweets. “Idc what happens after this. They will get the music they were promised. And you guys JUST MAY LEARN TO KEEP YOUR FUCKING WORD.”

We can’t say we’re surprised: when we interviewed Haze earlier this year, she admitted that she’s “insanely passionate about certain things.” Well, it looks like Haze has her label’s attention: the album has been removed from Soundcloud.