We need to talk about R. Kelly 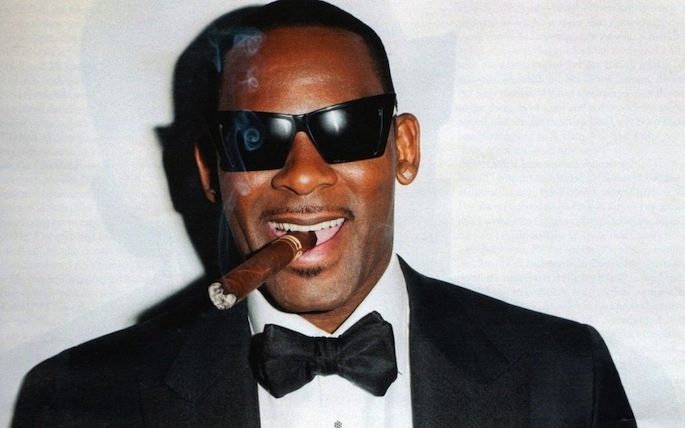 We need to talk about R. Kelly.

It’s not him that’s changed – it’s us. Five years ago when the R&B superstar was put on trial for making child pornography, Kelly’s career seemed destined to nosedive, his reputation in tatters after a video appeared to expose him having sex with, and urinating on, an underage girl.

Kelly was acquitted (his alleged victim was never called to the stand), but the accusations of rape, sexual assault and predatory behaviour involving young, sometimes barely teenage, girls haven’t gone away. Four of those accusations resulted in cash settlements to the women who accused him of sexual misconduct. (For more on Kelly’s charge sheet, see this timeline.)

Jim DeRogatis, the Chicago Sun-Times journalist who in 2002 received the video in question in his mailbox and then spent years reporting on the case, believes the evidence against Kelly is overwhelming. “Dozens of girls – not one, not two, dozens – with harrowing lawsuits,” he reminded the Village Voice this week in a piece that details sexual assault accusations. “We’re not talking about rock star misbehaviour, which men or women can do. We’re talking about predatory behaviour. Their lives were ruined.”

And yet here we are, at the end of a year in which the singer was picked to headline the Pitchfork Festival in Chicago (further cementing his often irony-laden popularity among indie fans) and delivered a surprisingly brilliant (if baggy) new album, Black Panties, which riffs on his man-sleaze reputation on ‘Cookie’, ‘Marry The Pussy’, ‘Legs Shakin’, ‘Crazy Sex’ – most of the album, essentially.

“R. Kelly continues to turn his reputation as a panty-sniffing womaniser into his calling card”

As I argued in a recent piece about ‘guilty pleasures’, it is possible (and often preferable) to be a fan of an artist’s music but not the person behind it. No one wants to line Gary Glitter’s pockets with cash, but you (and Kanye West) can’t argue with the drums on ‘Rock and Roll Part 2’. Burzum is a racist, arsonist and murderer, and his music is about all of these things, but that doesn’t alter the fact he made some of the most innovative black metal of the ’90s. The list continues.

But R. Kelly is a very different case. Glitter, for instance, has been made a pariah, exiled in south east Asia and then deported back to the UK after being convicted of sexually abusing two young girls. Burzum, born Varg Vikernes, was also put on trial for his actions and served 14 years in prison for the murder of his Mayhem bandmate and the arson of several churches. Regardless of whether their sentences succeeding in rehabilitating them, some form of justice has been done – they’ve served time in prison and will always have to live with the guilt (and public shame) of their crimes.

But there has been no justice at all for the women Kelly has preyed on (except cash payoffs to keep them quiet), and he continues not only to make music and earn money as a performer, but to turn his reputation as a panty-sniffing womaniser into his calling card. His lyrics are so ridiculously explicit (“I love to lick the middle like an Oreo”) they’re hilarious, and that whiff of comedy (and, again, irony) helpfully neuters the more sinister one-liners (“Gonna beat the pussy till it’s blue”).

I’m guilty of awarding ‘Ignition (Remix)’ a rare 9/10 in FACT Singles Club (retrospectively, that is) and with no regret – it’s obviously one of the best (after-)party tunes ever written. It might still have been a banger with someone else singing it, but part of the reason for its near-universal adulation is that it is so outrageous and so silly – ‘Cristal popping in the stretch Navigator’? It’s a joke to the 99% of us who don’t have staff on hand to pick the brown M&Ms out of the bowl. R. Kelly is the only pop star who could pull it off, just like only one mind could come up with (and again, miraculously pull off) the certifiably bananas hip hop opera Trapped In The Closet. Time and again he paints himself as the perverted and eccentric “sex genius”, and year on year he’s able to capitalise on that perception.

The task now for journalists, bloggers, fans and casual listeners isn’t as simple as some kind of cultural boycott of R. Kelly. (What would that even involve? Deleting ‘Ignition (Remix)’ from my iTunes? Never gonna happen.) Ignoring his music wouldn’t make it go away, and it wouldn’t bring any justice for the women whose lives he’s damaged. But how can we go on listening to Kelly and laughing off his awkward zingers (“This is a sex proposal / I just wanna marry the pussy”)? Any coverage of Black Panties that fails to mention the allegations serves to further legitimise and popularise him, entrenching his ability to silence the few who do speak out. Perhaps we could place an awkward disclaimer – “accused rapist and paedophile” – in front of his name? Nothing seems appropriate, or enough.

Kelly isn’t the only artist to have used his fame and power to prey on vulnerable young people. Just yesterday, Ian Watkins was sentenced to 35 years in jail for sexually abusing the children of two Lostprophets fans. So the R. Kelly problem isn’t a case of one errant pop star who needs to be put in check. Fame and adulation are notoriously corrupting influences. But to continue to enjoy Black Panties, ‘Happy People’ and the rest of it when we know (and yet somehow keep forgetting) the severity of the allegations means that Kelly will never be forced to address his past – and that is the least that these women deserve.