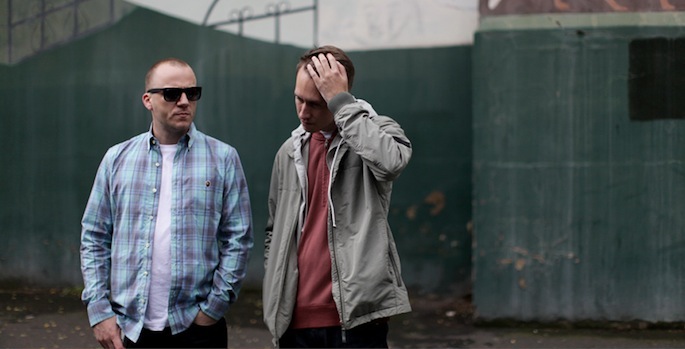 Regular co-workers Boddika and Joy Orbison have unveiled a taster of the next single from their Sunklo imprint, which they launched in 2012 as an outlet for their collaborations, including this year’s ‘&Fate’.

The phonetically titled ‘Sunklofaw’ 12″ is a menacing two-track effort comprising ‘More Maim’, the bossier, rougher cut of the pair, and the droning ‘In Here’, which is punctuated by a genius fractured vocal sample used as percussion.

Both tracks have been kept under wraps until now, just a few weeks before their scheduled release in January – stream previews of the 12″ below.

Until then, Boddika will be keeping an eye on the Christmas charts to see if his ‘Mercy VIP’ makes it to number one. He plays Fabric on Boxing Day, while Joy Orbison will play Dollop’s New Year’s Eve party in London. [via JunoPlus]