This Is Always Where You’ve Lived 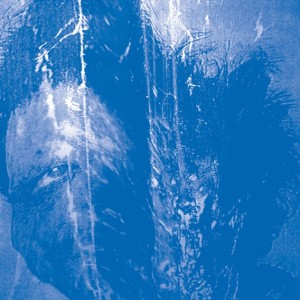 This album almost – almost – makes me yearn for days of being broke and having too much time on my hands. Those times when you can go round someone’s house for a smoke and end up there for hours on end dicking about with a tape player or making collages, then you all drink some strong cider then go off to an open mic night where it’s £1.50 in or free if you do a turn and everyone’s on antidepressants and someone is telling a disjointed narrative about a day just like the one you’ve just had over a feedback drone.

Releases like this make me happy that this kind of life still exists. I mean I don’t know that Ryan Martin aka Secret Boyfriend does all these things – do they even have strong cider in North Carolina? – but this music just emanates the sense of immersion in a relatively self-contained lifestyle where minutiae matter. It sounds “lo-fi”, and therefore it could be easy to imagine that it’s knocked-off, lackadaisical, that it doesn’t care about its processes – but as soon as you submit to it and absorb it rather than fixating on how it’s done, you hear that the opposite is true: for every bit of tape hiss, detuned toy keyboard or badly-played drum rhythm, this is exquisitely crafted stuff, the sound of someone working very hard to capture the moments of their life.

There are ambient-ish miniatures (‘Dream Scrape’), noise-outs (‘Flashback’, the title track), acoustic strums (‘Glint and Follow You’, ‘Have You Heard About This House’) and some stuff that sounds like a Joy Division demo or something, but what matters is that all are (small, murky) windows into the same world. The consistency of this album is quite amazing, and if you give it a chance it really draws you in. I’m sure you could do plenty of puzzling and decoding if you wanted but for me it’s just been about spending time in this place where time is spent differently.