Watch Nardwuar give Chance The Rapper a “dope” Jamiroquai record 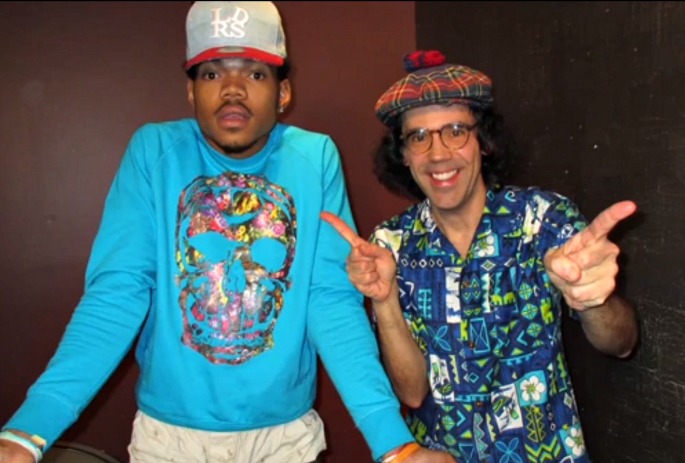 The latest star in Nardwuar’s sights is breakout Chicago star Chance The Rapper.

In his turn with gift-bestowing interviewer who digs deepest, the Acid Rap MC reveals that when his fourth-grade crush gave him the uncensored version of Kanye West’s The College Dropout, his mum made him throw it out.

Chance also talks about receiving an ancient laptop after working on Barack Obama’s presidential campaign, and tells the story of him almost throwing up on Kendrick Lamar. Among the records foisted on him by Nardwuar are a compilation of Acid Jazz and an early Jamiroquai 12″.

Chance’s Acid Rap mixtape ranked #23 in our Best Albums of 2013 rundown. A pair of early Chance mixtapes dating back to 2009 recently surfaced online, while his latest song is a surprisingly great collaboration with teen star Justin Bieber.