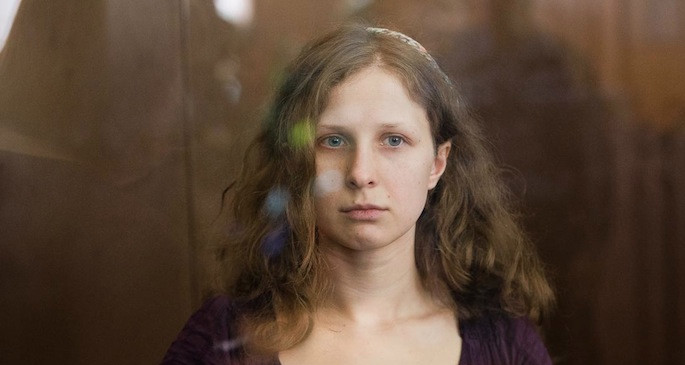 Maria Alyokhina, a member of Russian punk band Pussy Riot, has been freed from jail.

Three members of the group were convicted of hooliganism in August 2012, after performing a “punk prayer” in Moscow’s Cathedral of Christ the Savior. Each member was sentenced to two years imprisonment, though Yekaterina Samutsevich was freed on probation in October following an appeal. Alyokhina was freed today under an amnesty allowing her early release; the third prosecuted member of the group, Nadia Tolokonnikova, is due to be released under the same amnesty.

According to The Guardian, the amnesty may also enable 30 people arrested in a Greenpeace protest against Arctic oil drilling to avoid trial. Russian president Vladimir Putin has stated that the amnesty, passed to mark the 20th anniversary of Russia’s post-Soviet constitution, was not drafted with the Greenpeace activists or Pussy Riot in mind, but Tolokonnikova’s father, speaking to Reuters last week, claimed that the band members’ release was clearly a public-relations move ahead of the Olympics.