Mezzanine: the inside story of Massive Attack’s greatest album, 15 years on 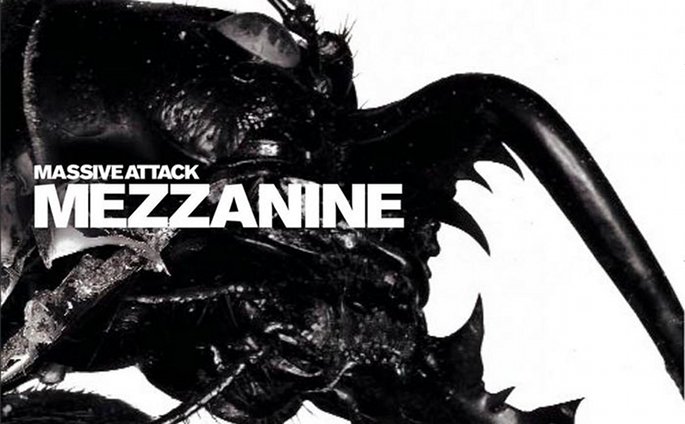 Dysfunction, betrayal, threat – Massive Attack‘s greatest album isn’t an easy listen, and it wasn’t exactly a breeze to make either.

Massive Attack broke through with force and speed with 1991’s classic debut Blue Lines, and refined their sound with 1994’s languid, skunk-scented Protection. It was 1998’s Mezzanine, however, that saw the Bristol collective hit their cloud-scraping creative apex. Featuring guest spots from old hand Horace Andy and Cocteau Twins’ Elizabeth Fraser, it’s one of the decade’s most thrilling bummers – a paranoid blend of rolling basslines, shredding guitar licks, snarling exotica and the occasional ray of pallid light. Previous Massive Attack albums asked if you were sitting comfortably; Mezzanine strove to upset and unsettle. It remains their greatest achievement, one of our very favourite albums of the 1990s, and, with a new vinyl reissue recently out, a welcome return visitor to the FACT turntables.

Mezzanine is Massive Attack’s most polyglot album – the natural product of the band’s too-many-cooks “collective” practice, multiracial background and broad pool of influences. That’s something confirmed by Mezzanine producer Neil Davidge – essentially a fourth member of the band throughout the sessions, and a central part of the group ever since. Davidge points out that, at its heart, Mezzanine is “very Bristol”: “Blue Lines and Protection almost feel like they were made in London, not Bristol, and Mezzanine has that post-punk thing, has that reggae thing, has a little bit of funk, has almost a bit of jazz at times, a bit of prog-rock…it’s a real mixture of all of the influences from members of the band, and myself included, and other contributors. It really feels like that album sums up that unit of people.”

“I love 3D, he’s like a brother, but he’s an argumentative bastard.”

That “unit” was one undergoing substantial upheaval at the time. Granted, the central triumvirate – Robert ‘3D’ Del Naja, Andrew ‘Mushroom’ Vowles and Grant ‘Daddy G’ Marshall – were still there, although Tricky had left the fold following disagreements with 3D. But, ultimately, Mezzanine marked a redefinition of what Massive Attack actually was: “They’d had a lot of commercial success prior to that, but they were very much still a new band, still learning about how to be a band, what a band is actually about. Up until that stage they’d been a DJ outfit, a collective, thrown in at the deep end. So they were looking for another member of the band in a way”. That process of metamorphosis had its casualties, with Vowles leaving the band soon after recording had finished.

Davidge belonged to the same constellation of musicians and producers who clustered around Bristol’s Coach House Studios, where Blue Lines and Portishead’s Dummy were recorded. Initially recruited to work with Massive Attack for six months (the band were loosely planning to finish off the album with former collabator Nellee Hooper), Davidge became a central member of the fold. “We did the six months, we had a bunch of ideas, we just kept working on stuff – and three years later, we had an album.” Sessions primarily took place in Bristol, although the band also spent time recording in London and Cornwall – another manifestation of D’s “conscious move to move away from that group of people they were working with beforehand.”

For all the new emphasis on proceeding as a “band”, recording was a sedimentary process, with Davidge often the only constant as band members came and went. “Mushroom would come into the studio and we’d spend a couple of hours together, then G would come in and Mushroom would probably go off and do some errands or something, and then maybe or maybe not come back to the studio later. G would be there for a little while and he’d go off and do something, and then D would turn up in the late afternoon or early evening. So even right from the start, we had the day split into the different contributors.”

This ships-by-night approach wasn’t conducive to collective harmony; indeed, Davidge describes the band dynamic during recording as “totally dysfunctional.” That goes with the Massive Attack territory, of course: the atmosphere during the Protection sessions was reportedly “uncomfortable”, with Mushroom falling out with Hooper, and Davidge also admits that 3D and Daddy G were far from easy bedfellows on 2010’s Heligoland. Even by the group’s standards, however, the Mezzanine sessions were “extremely fraught” – something obvious from the album’s claustrophobic textures and moments of abrupt nastiness. Davidge maintains that the main problem was a fundamental creative split between Mushroom and 3D:

“I love D, he’s like a brother, but he’s an argumentative bastard, and he’ll run rings around people if they’re not switched on. And Mushroom, he’s a very smart guy, very intelligent, but he doesn’t have the dexterity that D has, so would get increasingly frustrated by D. Mushroom was very much a methodical person – he liked to plan things so he’d know what he was going to do when he got in the studio. He hated going into the studio and not knowing what he was going to do. Whereas D was very much “Let’s get in the studio and make some noise and see what happens…It was a creative mindset that used to frustrate the hell out of Mushroom.”

Davidge tells one incredible story – “the final straw” – about how, after some intra-Massive skullduggery, Mezzanine highlight ‘Teardrop’ was nearly covertly given to Madonna. “Mushroom felt like he had an attachment to ‘Teardrop’, because the other guys weren’t around when we were first putting down the essential melodic ideas for that. We got Liz to put a vocal down on it, she came up with an early version of what’s there now. It was great, everyone was loving it, except for Mushroom – he had a very fixed idea of whist the vocal should be on that track, and it wasn’t what Liz was doing.” Without anyone knowing, Mushroom sent the track off to Madonna’s camp: “I got a phone call from management saying, “I’ve just had a phone call from Madonna’s manager, saying there’s a track that she’s been sent that she loves, and she’s wondering what’s the deal?”” The shit hit the fan then.” A “huge row” followed: “I left them to finish it off. I think it almost came to blows. From that point onwards, Mushroom and D weren’t in the studio at the same time. If Mushroom was in the studio when D was going to come in, I’d get a phone call saying, “Could you tell Mushroom to leave?”.

“Horace put the vocal down and it was like, “Wow, shit, that is magic.””

Davidge describes the beefing and sniping – which spilled out of the studio and into ratty interviews – as a “real shame”, because “there was something magic about that creative team, even though it was fractious and it was completely oddball. The amount of times when conversations in the studio were about anything but music – bathroom tiles or something like that. But there was something about that atmosphere that was cool, and created an odd, and almost jarring at times, atmosphere to create music”. Massive Attack’s skewed chemistry  “makes it special, it’s what makes it different. I know it’s nothing new, stories of bands having fist fights in studios, I’ve experienced that. But there’s something very unique about the Massive Attack mentality, which does seep into the music itself.”

One track that changed the course of the album considerably was album opener ‘Angel’, plucked out of thin air at a mixing session at London’s Olympic Studios. After an abortive attempt to record a “kind of cover version” of The Clash’s ‘Straight To Hell’ – Horace Andy “wasn’t keen on singing the word ‘hell'” – the band decided to “do something completely different: “D and Horace went next door, were kind of throwing vocal ideas around, I was in the studio with [seasoned engineer] Spike and we were messing around with the track, chopping things together. Then Horace put the vocal down and it was like, “Wow, shit, that is magic”. This programmed skeleton was fleshed out down the line with a jam session with Massive Attack’s guns-for-hire, including regular guitarist Angelo Bruschini. “Suddenly we had this sort of club-dark-ambient-romantic-soul, with these really heavy guitars and drums pounding in.” That haphazard, piecemeal approach was key to the way Mezzanine came together: “I think ‘Angel’ itself is a track that really shows the progression that the album went through creatively – starting with sequences and samples, then chucking those out, then reprogramming most of the sounds, then bringing in a live band to jam over the top of it.”

15 years down the line, Mezzanine‘s impact rumbles on: it’s an obvious precursor to The Weeknd’s dysphoric R&B, and we’ll bet a pack of croissants that Yeezus‘ savage industrial rap wouldn’t have sounded the same without it either. Davidge, for one, is “intensely proud” of the record: “In many ways, it felt like a debut album for the band, and it certainly felt like a debut album for me – it was the first time creatively I felt like I’d really hit the nail on the head of what i was trying to achieve.” It’s worth noting that, while Mezzanine didn’t signal a halt in their commercial fortunes – the 2006 Collected anthology sold like well-marketed hot cakes – it was their last album to rank as an out-and-out critical success. Davidge concurs: “I’ll probably never listen to it again, but that’s just because if I listen to it, I’ll probably think, “Oh God, how do you beat that?” Which is what we had hanging around our necks when we got  to 100th Window and Heligoland. When you do something that does capture everything that you wanna capture at that point, how do you better that?”

Neil Davidge will release his debut solo album, Slo Light, in March 2014 on 7Hz. A full interview with Davidge will follow in the New Year.