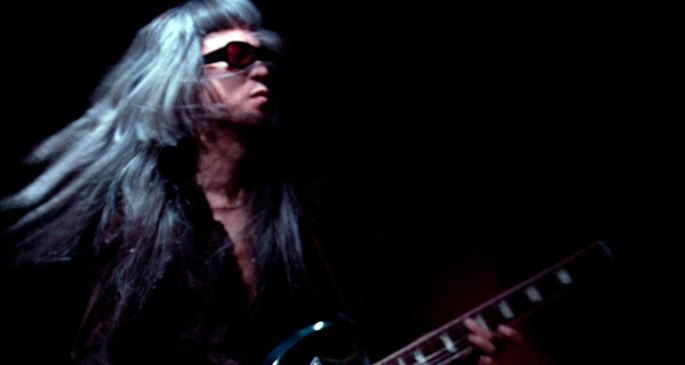 Japanese axe-beater Keiji Haino is a man of many guises, but few are as satisfying as his latest dalliance.

The noise chameleon has now formed an R&B cover band, who performed a single show with him at the end of 2013 in Tokyo. The band threw together a set of classic R&B, including covers of Percy Sledge’s ‘When A Man Loves A Woman, Little Richard’s ‘Lucille’ and Wilson Pickett’s ‘Land of 100 Dances’.

It’s heavy stuff (which shouldn’t be surprising) and works astonishingly well as Haino transforms the rock ‘n roll standards into white-hot, sludgy vignettes that are surprisingly addictive. Someone get these guys into a studio, pronto.

You can check out a tracklist and hear a selection of the tracks here, or check out a clip below. [via The Wire]