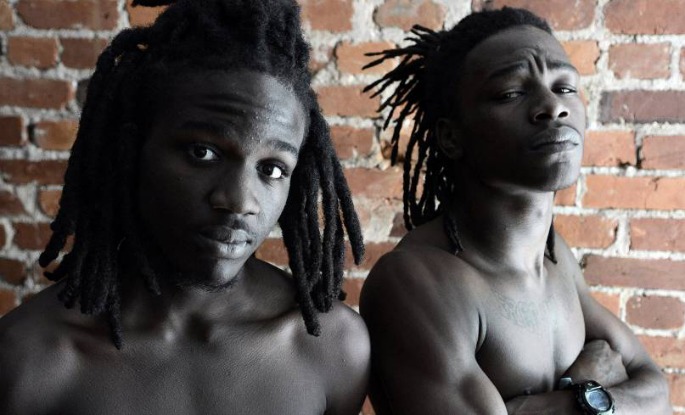 Washington DC’s Pacman and Peso have unveiled a preview of a music video they furtively shot in the North Korean capital of Pyongyang, the result of one of the most bizarre Kickstarter campaigns you’re ever likely to hear.

When the aspiring rappers declared their intention to film a video in the totalitarian state last year, their Kickstarter campaign went viral and raised over $5,000. A wealthy hedge fund manager then stepped in to plug the shortfall from their $10,000 goal and sent Pacman and Peso to Pyongyang under the cover of a sightseeing tour.

The duo made it there and back unscathed – with the exception of a minor motorbike crash during a stop-off at Beijing – and have now previewed the video for ‘Escape to North Korea’ on the Guardian, who interviewed them about their adventure.

They used a handheld camera to discreetly shoot footage when their minders were looking the other way, and without microphones, headphones or amplified music, they had to improvise the rest. “We were just spitting the voice that was in our head,” explained Peso. “It was just work, work, work, non-stop.”

Despite North Korea’s volatile relationship with the U.S. and its widely condemned human rights record, Pacman and Peso have said their exploits weren’t meant as a political statement.

“I mean we did not go there to be political,” Pacman told reporters at an airport in Beijing on their return. “We just go down there to shoot our video and that about the reason why we went, not political.”

Watch the video for ‘Escape to North Korea’ on the Guardian’s website.