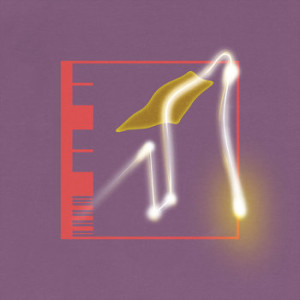 Keeping up with the musical output of Steve Moore can be a somewhat bewildering process, a mark, perhaps, of the way that pre-digital synth sounds have proliferated once more across a broad cross-section of contemporary music makers. In the last couple of years, he’s released dance music for the labels L.I.E.S (under his own name) and Kompakt (under the pseudonym Lovelock), teamed up with Daniel O’Sullivan in Planet Mu’s electropop “boy band” Miracle, recorded ersatz giallo-horror scores as Gianni Rossi, and continues to tour and release records with his long-running duo project, the Goblin-inspired math-rock outfit Zombi.

Suggesting that one particular strand of Moore’s work is perhaps essential or core to what he does may be futile, but I’m going to do it anyway: it’s his solo albums, such as this and 2010’s Primitive Neural Pathways, that seem to capture him at his most pure and unadulterated. His work in this area is similar to the atmospheric neo-kosmische as practised by Emeralds and Rifts-era Oneohtrix Point Never, an expansive and delicately composed instrumental suite harking back to the heyday of ‘70s progressive synth and new age music. Moore wouldn’t call this retro though, and neither would I – when it’s done right, as it often is here, this is music of patience, craft, and supreme elegance, timeless and utterly undateable.

Time, as it happens, is a thematic preoccupation on Pangaea Ultima, Moore’s first record for former Emerald John Elliott’s Spectrum Spools imprint. The title itself refers to an island of the distant future, a super-continent formed by tectonic drift measured not in the millions, but the billions of years, and much here explores this kind of fastidious modular terraforming. ‘Endless Caverns’ and ‘Nemesis’ are experiments in slow drift, layers upon layers on synth – cosmic bass drones, long translucent washes and glittering arpeggios – interacting in slow, graceful patterns. This sort of thing can, in the hands of some, feel rather wispy and insubstantial, but a Rashad Becker mastering job lends Moore’s instrumentation a hard glassiness where necessary, and while the mood is typically set to ambient, here and there moments almost imperceptible slide in the direction of the dancefloor: ‘Deep Time’, its pulsing synth ostinatos lifted up on a sluggish 100bpm kick drum and dotty hi hat pads, or the wonked baroque chords and bent-up rhythm of ‘Logotone’.

If there’s any criticisms you can toss at Pangaea Ultima, it’s that it’s a slightly colder, more unforgiving listen than, say, early Oneohtrix: more the unknowable monoliths of 2001: A Space Odyssey than the alien empathy of ET. Emotion, of course, isn’t a pre-requisite of this music, but who’d have thought the sunrise of our distant future would be so chilly? Instead, here’s an hour or so of music that’s cold as the cosmos and as unsentimental as physics, but something you can nonetheless gaze upon in awe.