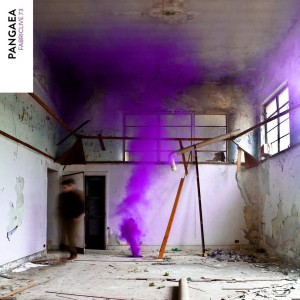 In short: this is a techno mix – a really good one.

In slightly less short: you know you’ll get quality with the Hessle Audio boys. You know that all three are skilled DJs, and the mixing on this is really in the absolute top rank – inspired and creative blends, and frequently so subtly done that you’ll find yourself wanting to rewind to see where the shift you’ve just noticed actually took place. It’s brilliantly structured overall, too – roughly speaking a long deep section, then a short weird-out, then a long absolutely banging section the final half of the mix. But it is just a techno mix, and it’s hard not to crave something more from Pangaea, especially when that weird-out, grime-informed middle section (Mumdance & MAO into Adam Jay into Pearson Sound, with another brief diversion into Pev & Kowton’s ‘End Point’ shortly after) is so on point and such a perfect exemplar of what Hessle has always been about.

In long: this return to the strange attractor of techno (just like other scenes/styles have returned to house) is a funny one. Funny ha-ha in some cases; someone I know saw some kids at a Pinch show where he was playing this kind of set, unmistakeably techno to the bone, and one kid was pontificating to his mates “yeah, this is a new style, right – it’s called 4×4”. But it’s fair enough that artists and crowds gravitate back towards it: techno just works. It’s not a retro thing, even if the Sun God (aka Jamal Moss) track here is made on 30 year old equipment, even if Speedy J’s ‘Something for your Mind’ is 22 years old yet sounds as fresh as anything in the harder second half, even if there’s a couple of tracks that could come off Aphex Twin’s Caustic Window releases that are as old or older than the Speedy J.

It just works, when, as with almost every track here, the sounds hit that sweet spot between being plausibly non-digital yet sounding like nothing naturally occurring on earth. There’s an ever growing sense of alienness that’s amplified with every repetition by the locking into your skeleto-muscular system to create a future shock, a pulling away of the carpet of everyday reality, that’s still just about as potent as ever. Those tracks here that are recognisably of the 21st century – with the exception of that middle section – don’t diverge from the fundamental principles of the form; they just use more sophisticated reverbs or whatever, but always in the pursuit of that same ancient-but-futurist alien-ation. The form’s history, present and future are fused by the continuing validity of its functionality, and it’s kind of magical.

But ARRGH that middle section – it’s so very very good, and reminds us that we have so many more things to do at this tempo nowadays. You can keep all of the alien atmosphere without a 4-to-the-floor; indeed in sonic palette the Pev & Kowton tune is one of the most space-age retro-techno of all yet it does fresh and fun things. But then of course if you do start swerving all over rhythmically then you lose the purity of the hypnosis / marching orders that the solid kick gives you, and when you give yourself up to that, then yes, this is a really good techno mix. Fuck it – it’s a really good techno mix, there’s nothing wrong with that, is there?