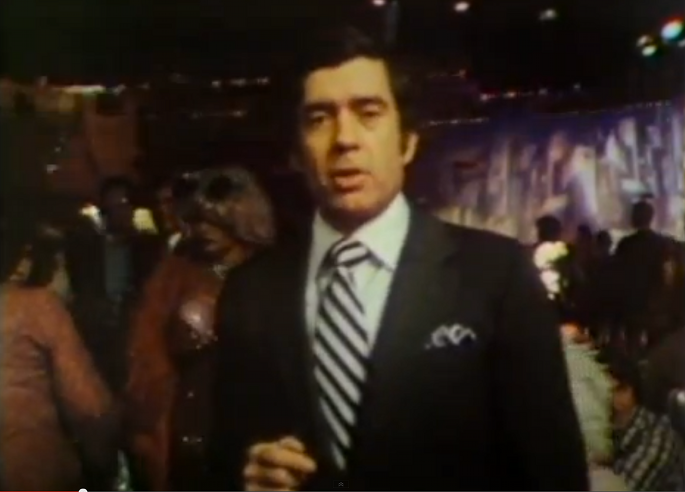 “There is no live performance inside, no musicians – it’s all records.”

When US current affairs institution 60 Minutes dabbles in contemporary youth culture, it tends to emerge looking more than a little square. So it proves on this brilliant 1978 magazine package on the US’s thriving disco scene – both a genuinely fascinating document of club culture’s salad days, and an ace bit of of Scrutineer-grade broadcast stuffiness.

The piece captures the scene as it enters its commercial heyday, with “more than 6000 discos” already active across the country. Much of the piece is business-orientated, analysing the way in which disco artists circumvent traditional routes of radio play to rack up a “$4bn turnover”. Still, there’s no shortage of brilliant footage: shots of a terse-looking Dan Rather inside Studio 54; a faintly astonished guide to the notion of the overdub; and video of Betty White in the booth. Best of all is the footage of a studio mixdown in action, with a panel of DJs present to give real-time feedback to the arranger (sample only-during-disco quote:”let’s get it as hot and pulsating as we can”)

Click below to watch – an order, not a suggestion.