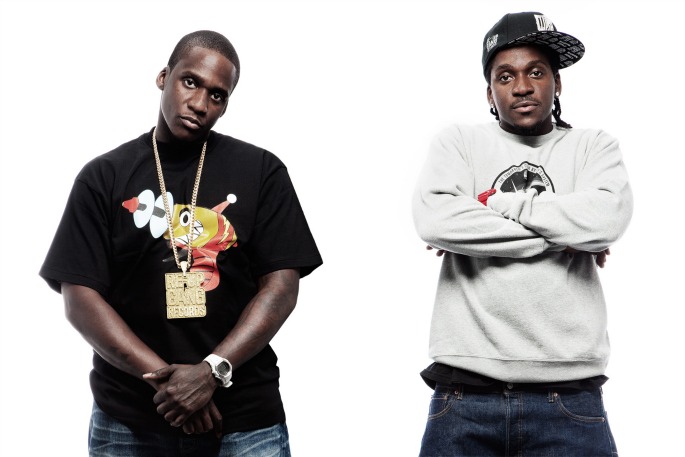 Pusha T has shot down the possibility of a Clipse reunion just days after stating that he and No Malice were working on a new album.

“I never leaked anything about the Clipse,” the Virginia rapper told DJ Heat in a video interview (below). “All I did was tell everybody I was in the studio for 20 days with Pharrell and Chad. And then there was a leak that happened and other people just found out that other people were down.”

He added: “I’m on my Pusha T right now. I don’t wanna mislead nobody, but we just working.”

Last week reports surfaced that Pusha and No Malice had started work on a new Clipse album, their first since 2009’s Til The Casket Drops, with Pusha later taking to Facebook to comment on the rumours, stating: “Clipse working on new album”.

Despite backtracking on a Clipse comeback, he did offer some insight into his studio time with longtime collaborators Pharrell Williams and Chad Hugo, aka The Neptunes, who are down to produce the follow-up to his 2013 solo debut, My Name Is My Name.

“Since I’ve been back in there with them it’s been incredible,” he said. “Pharrell right now is on another level. He’s on another level. With Chad it’s just like he’s coming through with the old Chad sonics and just the technical aspect of it. He’s just teaching us stuff like left and right. And it’s been good.” [via Hypetrak]