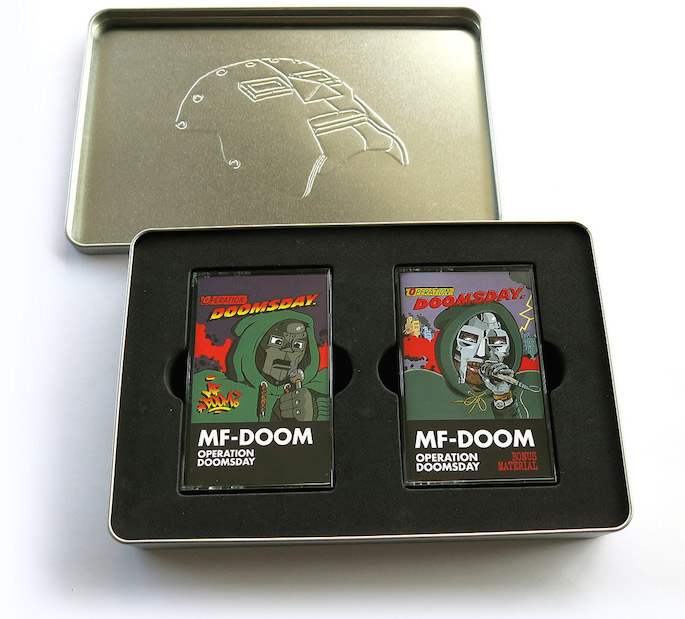 The metal-faced classic gets reissued… again.

Recent years have seen the 1999 hip-hop classic re-issued on vinyl and in a CD lunchbox, but now DOOM completists / cassette fanatics will be able to buy Operation Doomsday on tape.

Doom’s Metalface imprint will reissue the album as a two-cassette set in a metal case: one tape with the original album and Lord Scotch 79’s cover art and a second tape with the instrumentals, b-sides and alternate versions and alt art by Jason Jagel. The set is limited to 1200 pieces, shipping exclusively via Rappcats on January 27 (a worldwide release will follow on February 18).

In other Doom news, Madlib offered yet another update on the long-awaited Madvillainy sequel. There’s also FACT’s look at the Essential MF Doom.