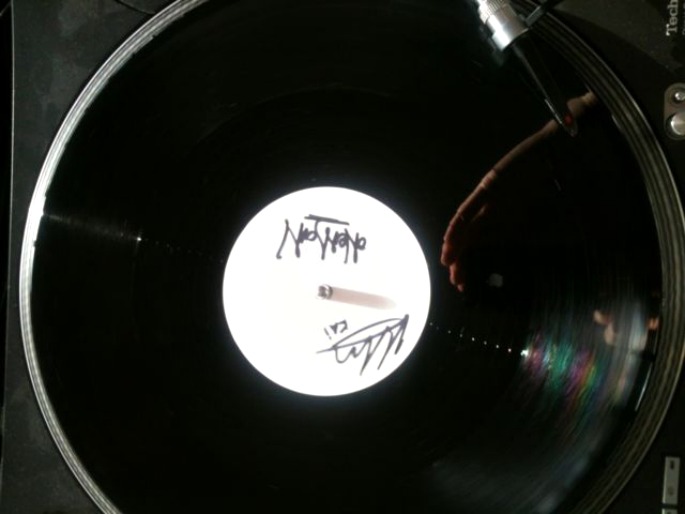 Previously unreleased on a physical format, Oneman’s remix of Mount Kimbie’s ‘You Took Your Time’ is being auctioned on eBay to raise money for homeless charity Shelter. The original track features vocals from XL-signed young’un King Krule, while Oneman’s version adds the voice of Chicago rapper Jeremiah Jae.

Three copies of the one-sided vinyl, signed by Oneman and Kai of Mount Kimbie, are on the block with five days remaining. Bids for each record have already pushed past the £40, so keep an eye on all three listings and dig deep.

Mount Kimbie released their second album, Cold Spring Fault Less Youth, in June last year – find out what FACT’s Steve Shaw made of it in his review.

Stream and download Oneman’s remix, part of the digital release of the CSFLY Remixes EP, below:

Oneman and Kai with the signed artefacts: 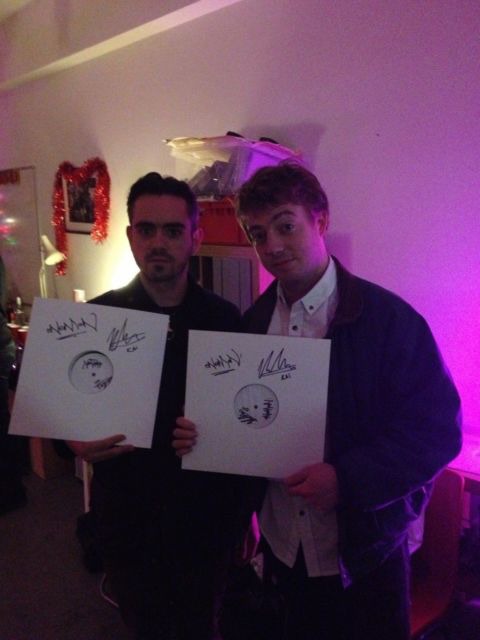