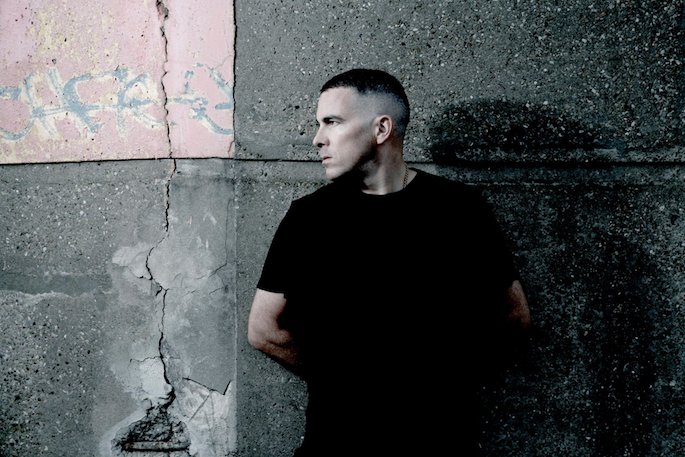 The best round-ups have some stylistic variety, and this week’s offering does not disappoint in that regard. Hip-hop and R&B from Chicago, DC, Atlanta, and Miami, with DJ mixes that run the gamut from Baltimore club and ghetto house to analogue techno and no-bullshit house music. 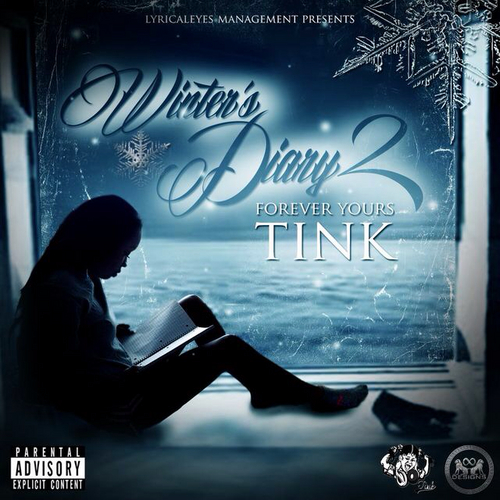 On her 2012 debut Winter’s Diary, Tink established herself as a talent to watch, a voice equally adept at both R&B and rap. A steady stream of tapes has followed, but perhaps none with the songwriting chops demonstrated on her first effort. Thankfully, Winter’s Diary 2 follows its precedent in mood, style, and quality.

Amid the usual sex jams (‘Freak Like Me’, ‘Dirty Slang’) are tales of Tink looking for (and sometimes finding) love that extends past the bedroom. Standout ‘Treat Me Like Somebody’ carries a simple message of empowerment, achingly shared by someone who seems too young to be this world-weary, already “trying to find love in a world so cold”; ‘Count On You’ does the same over a hazy beat reminiscent of Drake mainman Noah “40” Shebib.

Still only 18-years-old, Tink is as impressive as ever on Winter’s Diary 2, her most confident and self-assured offering yet. It doesn’t matter if she’s singing or rapping (over a barebones production or one awash in synth), or if she’s celebrating a relationship or ending it — Tink demands respect as an artist and a woman. 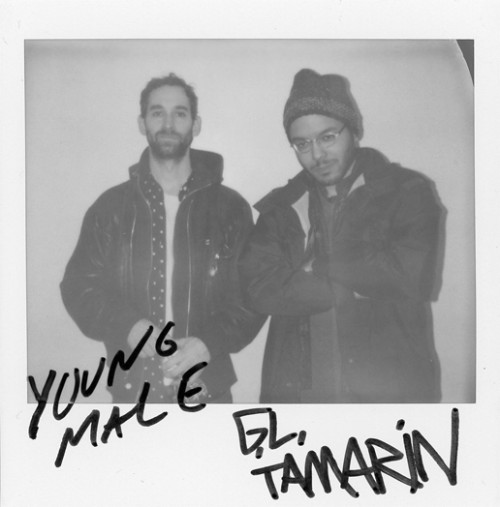 If you’ve spent much time nosing around FACT you’ll no doubt know how much we all fell for Galcher Lustwerk’s incredible 100% Galcher mix from last year, so the very mention of the producer makes this episode of Tim Sweeney’s Beats In Space radio show pretty essential listening for us.

Thankfully it doesn’t disappoint as Galcher and fellow White Material bod (and FACT class of 2013-14 freshman) Young Male rattle through a hodgepodge selection of unreleased gems, outré techno “hits” (think Huerco S, Container and White Materials’ DJ Richard) and, er, Sly & The Family Stone and Psycho composer Bernard Herrmann. You’d be mad not to keep a close on both of these guys in 2014, and you can get an early start here. 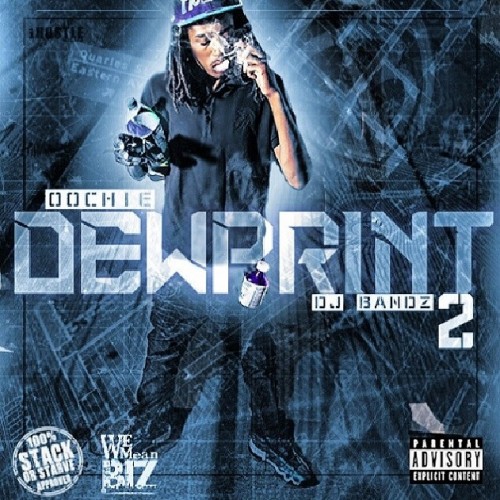 Even at his most nihilistic, like on ‘Kill Urself’, Oochie undercuts the violence with a humorous streak: “Shoot your oblongata off your medulla … or knock your oodles out your fucking noodles.” Same goes with the Migos-ish ‘Danielson’, which mixes the Atlanta trio’s triplet flurries and earworming hooks with, uh, fart jokes. He’s also the target of his own barbs, admitting on the on-to-the-next-one diss ‘Played Out’ that he “need[s] a new adlib / ‘cuz that “oh my” getting played out.”

DJ Zinc was there, and if you’ve managed to catch the veteran selector’s previous slew of mixes then you’ll probably already know that he’s a pretty reliable source. This latest concoction is no different, as Zinc hoovers up some of ‘89’s most essential early house belters and stitches them together for our enjoyment.

It’s Zinc’s knowledgeable selection of tunes that sets this apart from other retro mixes – it’s 1989 so there’s always going to be a boatload of cheap sampled breaks, wobbling 303s and blissful pads, but Zinc’s managed to ditch the chaff and end up with just those ones you actually care about going back to. Extra points have to go his way for digging up DJ Rap’s debut single (under the Ambience alias) ‘(We Are) The Adored’ which pretty much everyone had forgotten about, and still manages to amaze after 25 years. 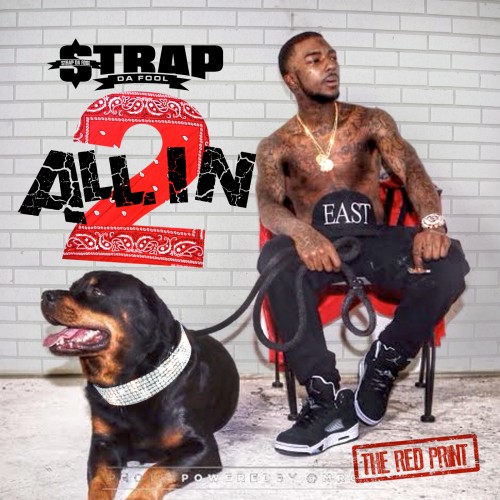 Travis Porter’s Strap returns with the sequel to last year’s All In, which yet again pits his syrupy flow against some of Atlanta’s finest production talent. New Atlanta torch bearers Metro Boomin’ and Dun Deal lead the pack, and are joined by resident weirdos FKi, relative newcomer London On Da Track and Gucci’s right hand man Zaytoven over the generous 30 (!) tracks. Strap crushes each track with a smirk, and while the quality is variable (someone needs to introduce the DatPiff generation to the Normalize function) his nonchalance unexpectedly demands attention.

‘Nasty Dancer’ is a clear highlight, and finds Strap confidently recounting his strip club rhymes over FKi’s slippery backdrop, setting the pace for the rest of the tape. Strap’s restrained flow allows him to command with an air of disinterest that just adds to his appeal – even when he’s tangling with a beat that would have likely elicited pained shouts from many of his peers, he manages to pull back to a whisper and handle it in his stride. 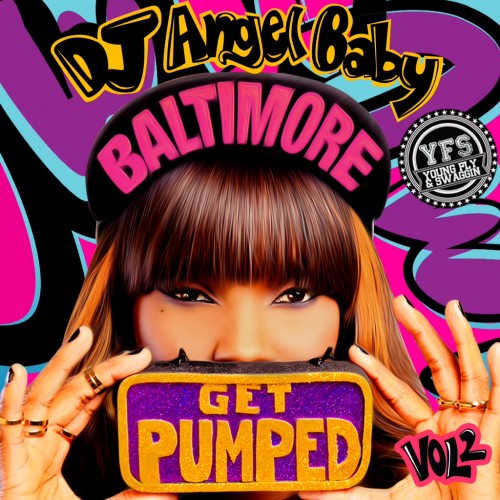 Selected Baltimore’s best DJ in a club, DJ Angel Baby has established herself as the spiritual successor to the late-great K-Swift. Finding time between her club gigs and her slot on the city’s best radio station (92Q), Angel Baby has assembled a second Get Pumped mix.

The nearly hour-long delivers on its title, as Angel Baby looks beyond Baltimore to the burgeoning scenes in Jersey and Philly for inspiration; Bmore favorites James Nasty, Mighty Mark, and DJ Pierre sit alongside out-of-towners Tim Dolla, DJ Sliink, and DJ Sega. Remixes of club hits are the order of the day, as the DJs take on the likes of Future, Migos, and A$AP Ferg; Jersey youngings DJ Tricks and DJ Tev flip Lil Durk’s ‘Dis Ain’t What You Want’, and there’s a run of R&B heat that’ll get even the most hesitant dancers off the wall. 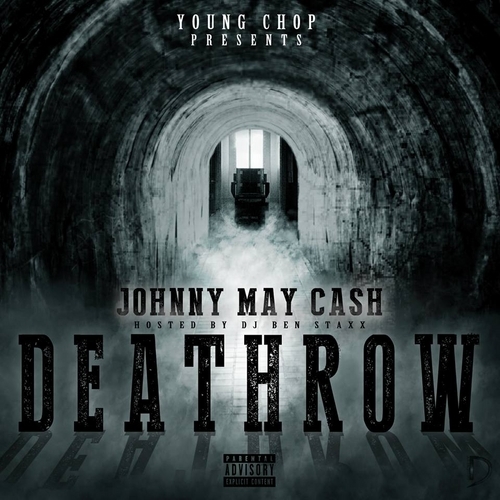 Chicago’s Johnny May Cash most recent mixtape is an improvement over last fall’s one-note Paranoid. Cash is part of Young Chop’s 8TMG crew, and the producer handles most of the mixtape’s beats. This time around, his offerings are most lush than their drill antecedents, with melodies that better suit Cash’s Auto-Tuned pleadings. Tracks like ‘What I Did’ and ‘What’s Your Issue’ even have some bounce to them, as compared to sparse brawlers like ’Fuck with Scooter’, This How We Do’, and ’Yo Bitch My Bitch’.

The very-vogue sensitive thug pose suits Cash well: “I’m going through some shit / you don’t even know it / stressing every day / because a young n*gga don’t show it,” he confesses on ‘Take This Pain Away’ as he self-medicates with weed. It’s not all somber or savage, though: on closing track ‘Bank Roll’, Cash sounds practically positive over a Chop beat that slows down the technicolor clatter popular with Chicago’s boppers. Johnny May Cash is Chicago’s best bet for a ‘Type of Way’-like single in 2014; it just might not be on this mixtape. 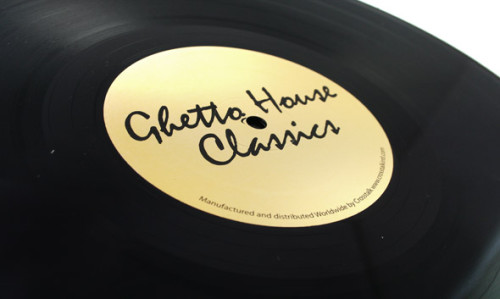 Chicago veteran Gant-Man charts the development of a sound he helped pioneer on his latest mix, The History of Ghetto Vol. 1. Early on, a trio of related songs by K. Hand, Johnny Dangerous, and DJ Funk demonstrate how the scenes in Chicago, Detroit, and elswhere influenced each other, while Thomas Bangalter’s Trax On Da Rocks cut ‘Roulé Boulé’ shows how far the sound traveled. Gant-Man sticks mostly to hits by his Dance Mania compatriots DJ Deeon, DJ Milton, Jammin Gerald, and Paul Johnson, but regardless of label, all the classics of ghetto house are here. 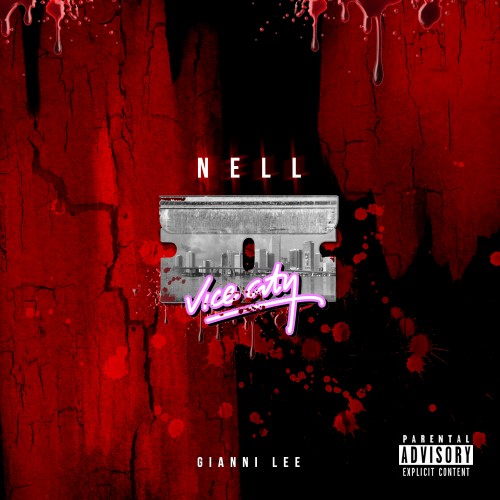 Another week, another Raider Klan drop – this time it’s fallen to Nell to do the honors, and Vice City finds him once again scraping for scraps in the Southern rap recycling plant. Not that the collective’s established direction is a particular negative, but their routine is getting predictable to say the least. Klan figurehead and noted Triple Six fetishist Spaceghostpurrp pops up to drop his obligatory beat and verse, and while his appearances are welcome, it’s a reminder that the Klan appear to have settled into a worrying routine at this point.

A slew of plasticky productions from El Camino Black don’t help matters, falling too flat to comfortably fill in the gaps left by Nell’s interchangeable Raider raps and failing to inject the tape with a much needed element of uniqueness, but it’s not all bad news. ‘Godson’ comfortably reflects an era that’s still worth getting hot under the collar over, and ‘Ready to Ride’ yet again shows why Amber London is easily the Raiders’ brightest hope. 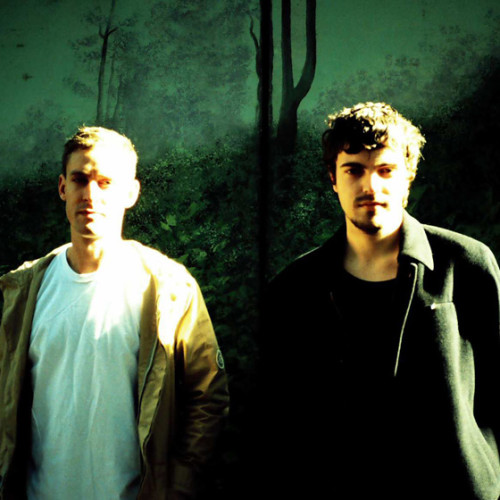 Gardland have an interesting story to tell – two Aussie rock drummers who cashed in their kits for drum machines after developing an addiction to scruffy techno? It’s the perfect origin story, so thank goodness they actually have the tunes to back up the tale. This isn’t really a mix as much as it is an improvised jam in a hotel room, but we’re not exactly going to complain about the details.

Alex Murray and Mark Smith have welded together a truly disarming collection of beats, scratchy synthesizers and propulsive, plucked basses and while it might be improvised, the session is thankfully lacking any of the typical fat or filler you might expect to hear from less gifted producers.