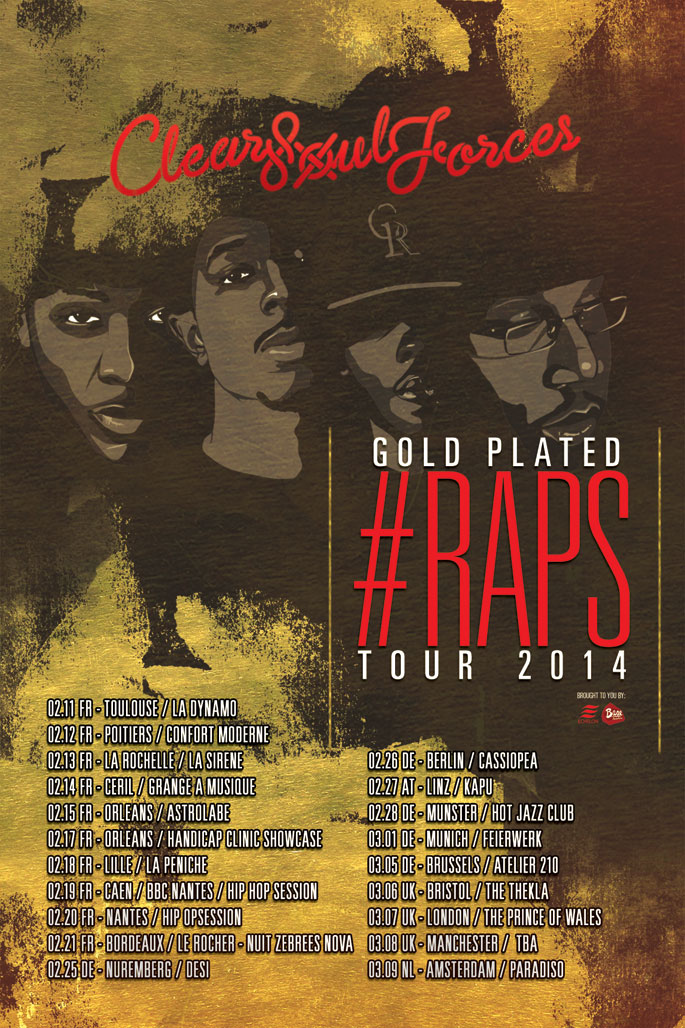 As a new generation of hip hop emerges from Detroit, the four-man collective known as Clear Soul Forces are showing themselves to be one of the city’s brightest hopes.

Discovered and championed by Royce Da 5″9, Clear Soul Forces released their sophomore album, Gold PP7’s, via legendary rap institution Fat Beats in September last year. The album notched acclaim from around the scene and landed them a Red Bull-sponsored documentary about their story.

Composed of L.A.Z., E-fave, J-Roc, and Ilajide, Clear Soul Forces have been tipped in the past by the likes of Dabrye and other Detroit veterans as ones to watch. They will be embarking on their first European tour in February, with a string of dates that will take them across France, Germany, England and the Netherlands. The tour will run until early March, and you can see all dates below.

Ahead of this we have the premiere of the new video for their track ‘Freq Freq’ which features North Carolina’s Kooley High. The track is taken from the new album and displays the group’s penchant for lyrical prowess.