Set collapses during Fuerzabruta show at The Roundhouse, three injured 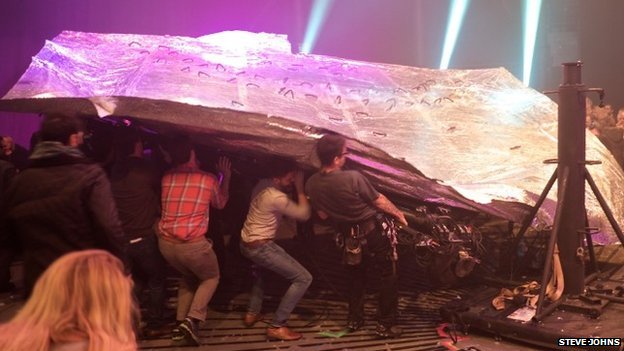 The BBC website is reporting an accident at The Roundhouse, in London’s Camden area, last night that left three people injured during a live performance by Fuerzabruta, an Argentine acrobatic show.

According to reports part of the set collapsed about 30 minutes into the show. Photographer Steve Johns gave the BBC more details:

People were trying to get out from underneath. Fortunately, due to the efficient security service and the calm of crowd, the worst was avoided.

I saw only one person wounded on the ground before I was made to leave. The rest of the show was cancelled.

The three victims were treated for facial injury, ankle injury and concussion.